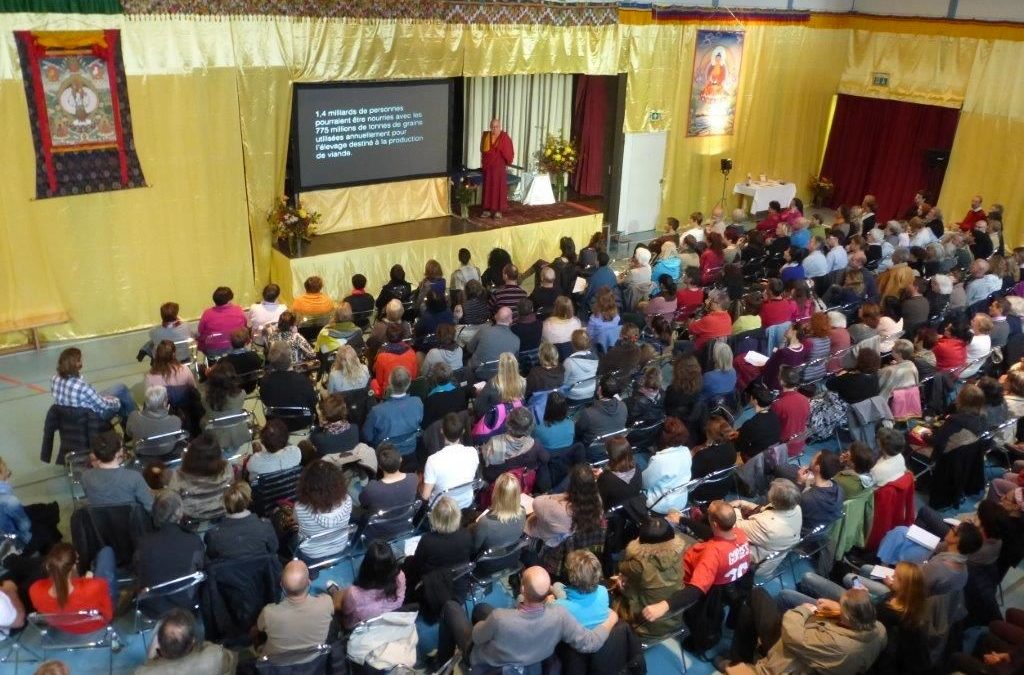 A distinguished guest – Matthieu Ricard – A testimony from his own experience.

Matthieu Ricard was invited to our Center to give two conferences. Firstly he delivered a beautiful testimony of his personal journey in Buddhism. Then he demonstrated the reasons and benefits of practising altruism.

Here in Ried, any event always starts with great preparation. The latter was no exception to the rule, especially since a few days ago, we had a stormy night with thunder and lightning and fierce winds that caused some annoyance, albeit auspicious. Just a few lines of prayer flags were carried by the wind horse and needed to be replaced. Then, as usual, the entire site had to be prepared. Beautiful homemade bouquets of flowers were arranged everywhere. Then the conference room was transformed into a second dining area for those wishing to enjoy a light meal on the go. The lounge became once again a coffee shop and the gym (our gompa), this time took on the appearance of a theater where the audience could watch the stage. 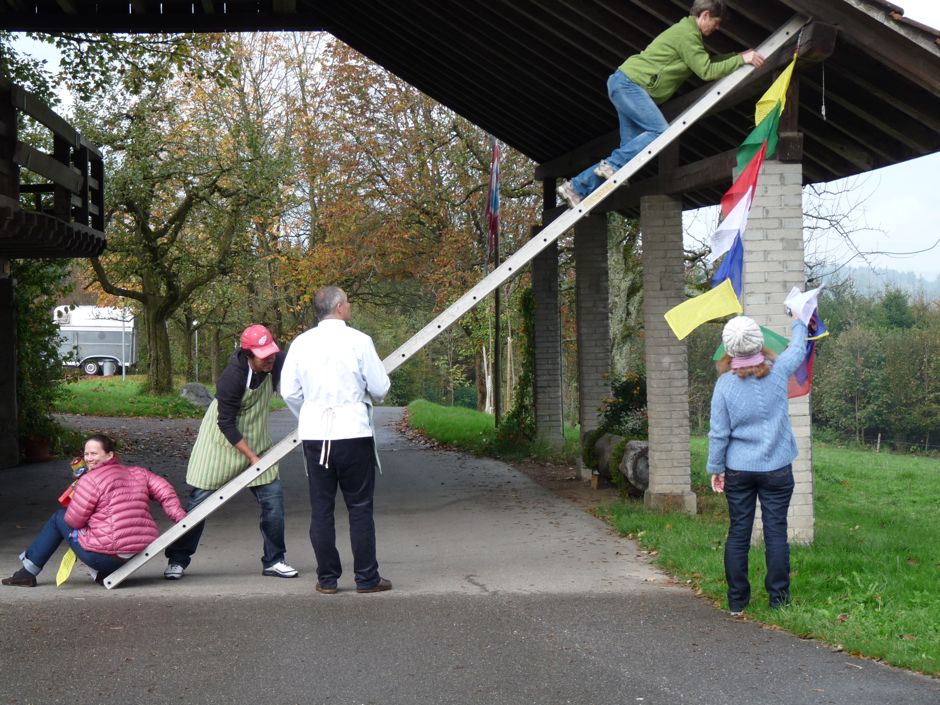 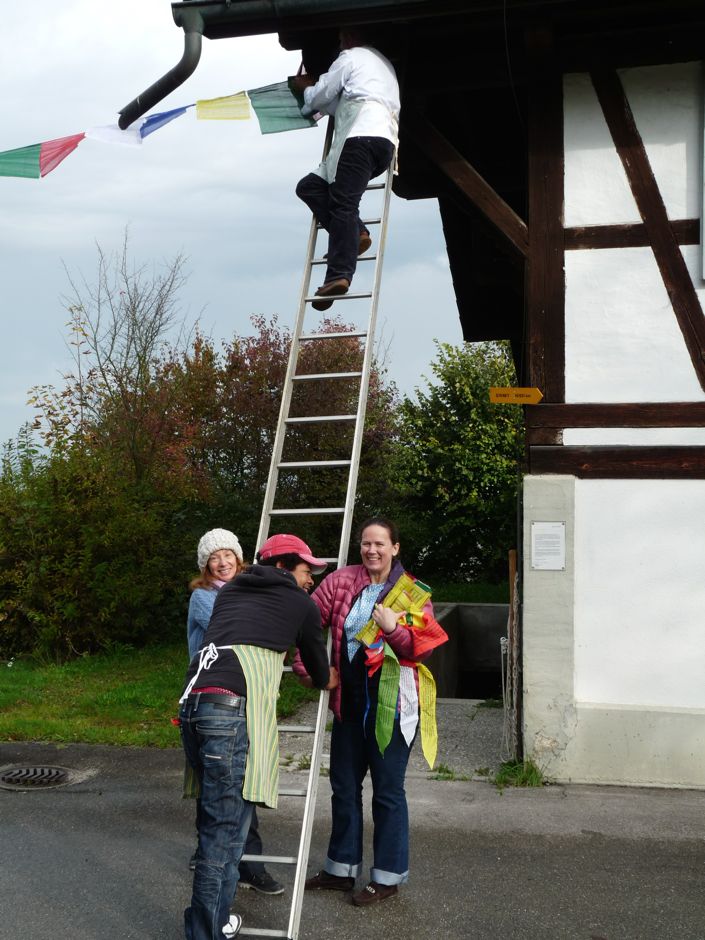 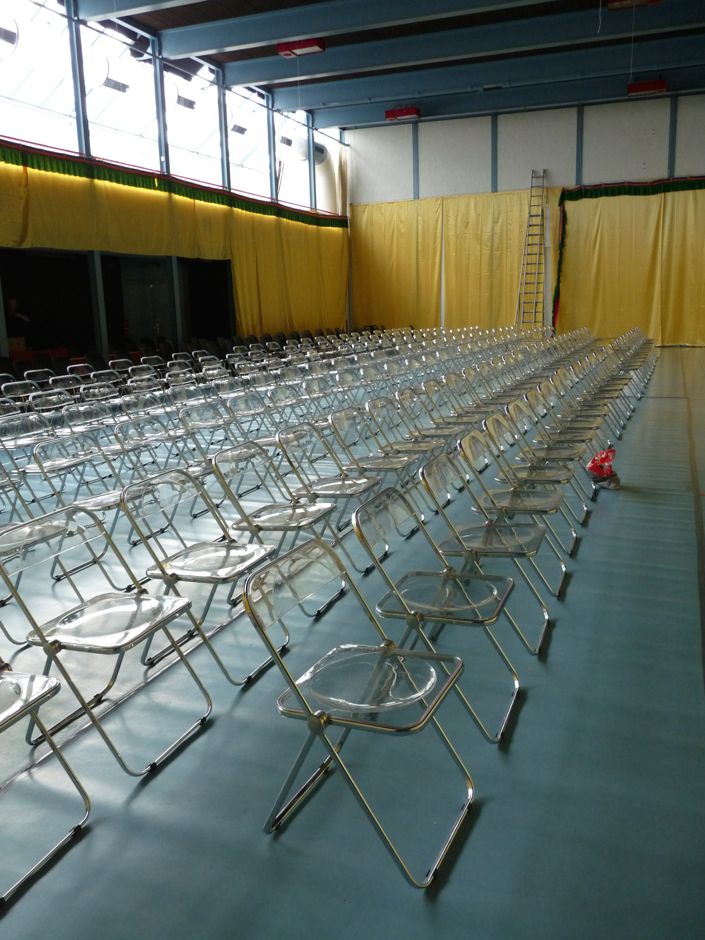 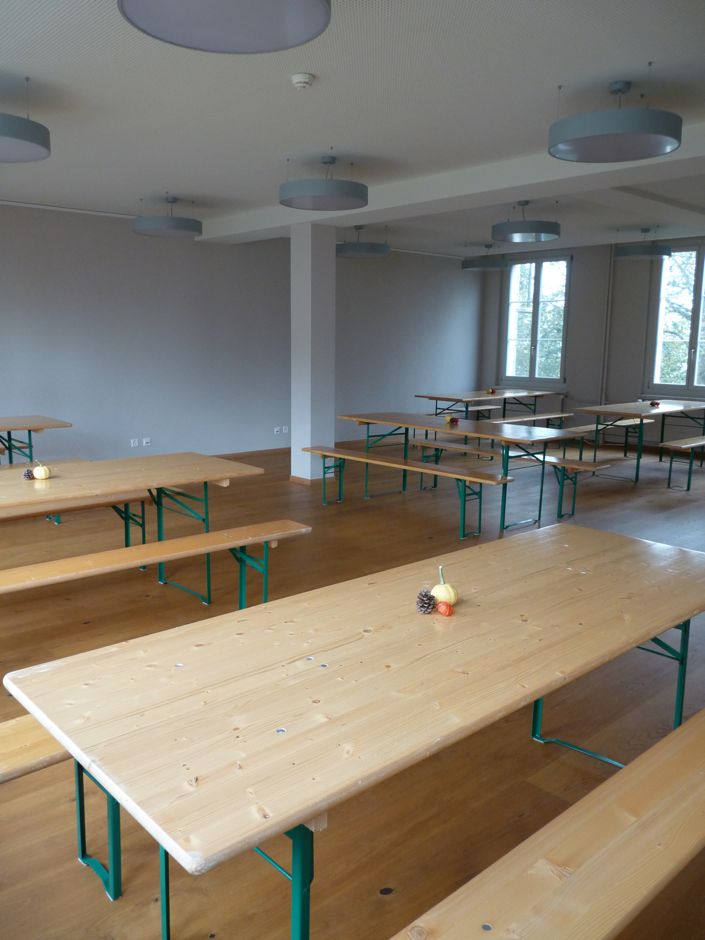 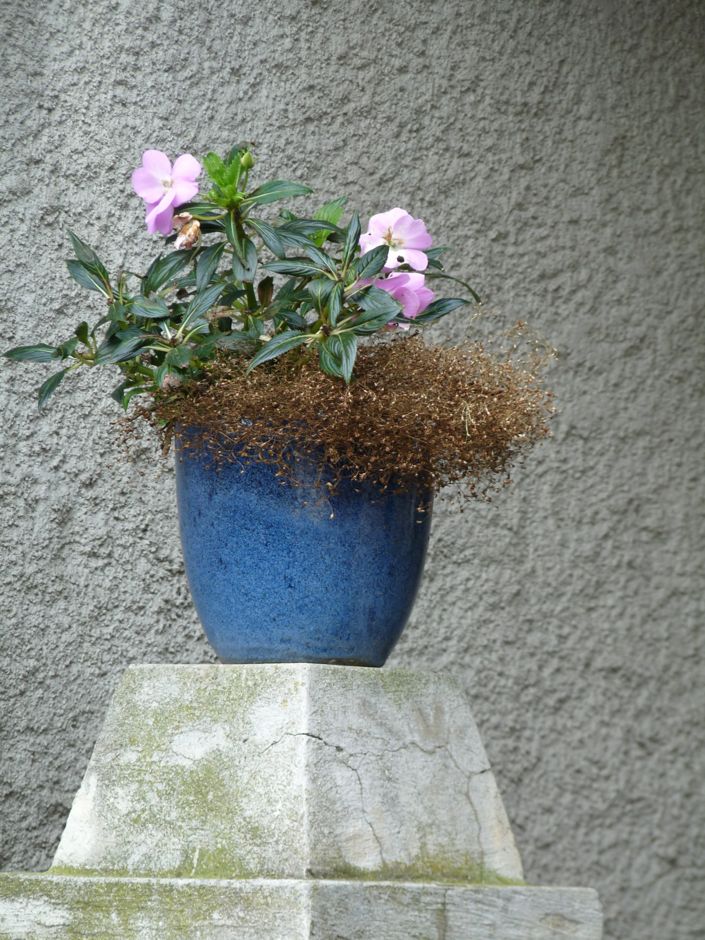 Matthieu Ricard sat on this stage and next to him was a large screen to illustrate his talk with photos of all the great Masters he had met since 1967 when he made his first trip to Asia. They included the following: Their Holinesses Dilgo Khyentse , Dudjom Rinpoche, Chatral Rinpoche and many others. He talked about his long journey with them and the qualities of those exceptional Masters. We students knew very well what he was talking about as we remembered our own teachers. For the first conference on Friday, nearly two hundred and eighty people were present and an attentive silence accompanied the personal testimony of our guest.

Sunday morning the room was packed. Three hundred people sat waiting to hear the conference on the strength of altruism. It was an opportunity for Matthieu Ricard to present the fundamental aspects of interdependence, both at the level of humans and also at the planetary level with the consequences of changing dimension. Here are some of the examples he cited: “The earth loses about a thousand species of animals a year. Then sixty billion land animals and a trillion marine animals are killed each year for human consumption. We are reaching the point of no return and there are heavy implications for future generations for their living conditions and even for their survival”. Then again, he talked about interdependence. Following this second conference, a book signing took place in the shop. There was such a long queue, it lasted a long time. Everyone had one or more books in their hands and the queue continued to the front courtyard. 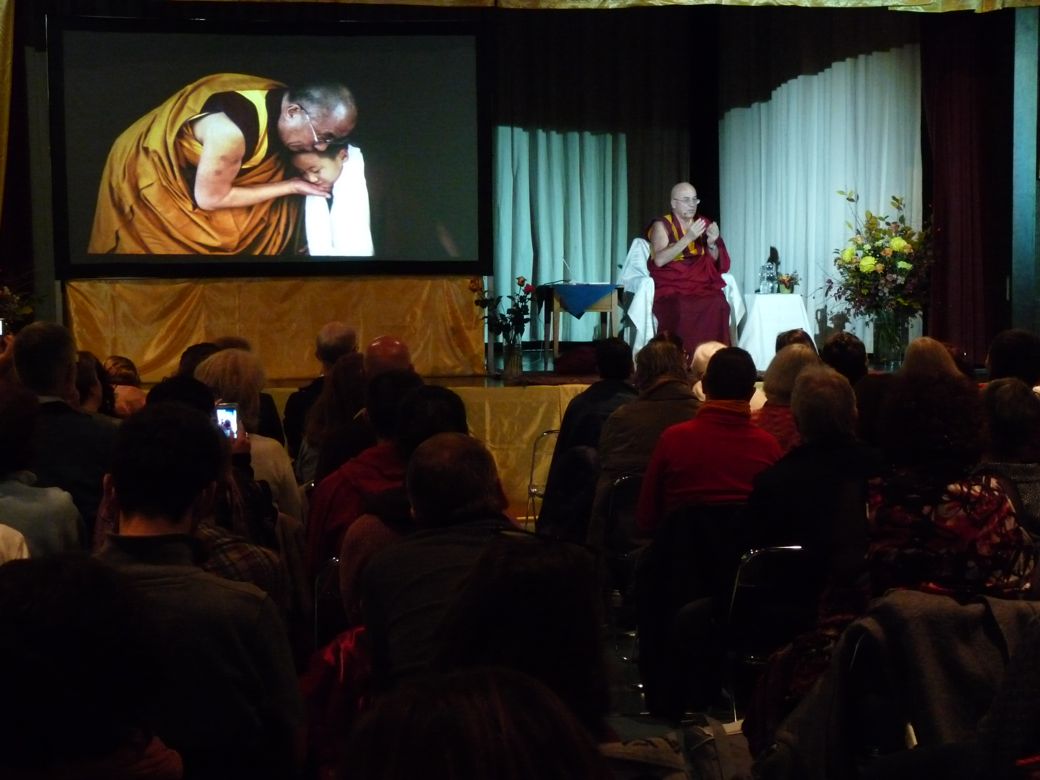 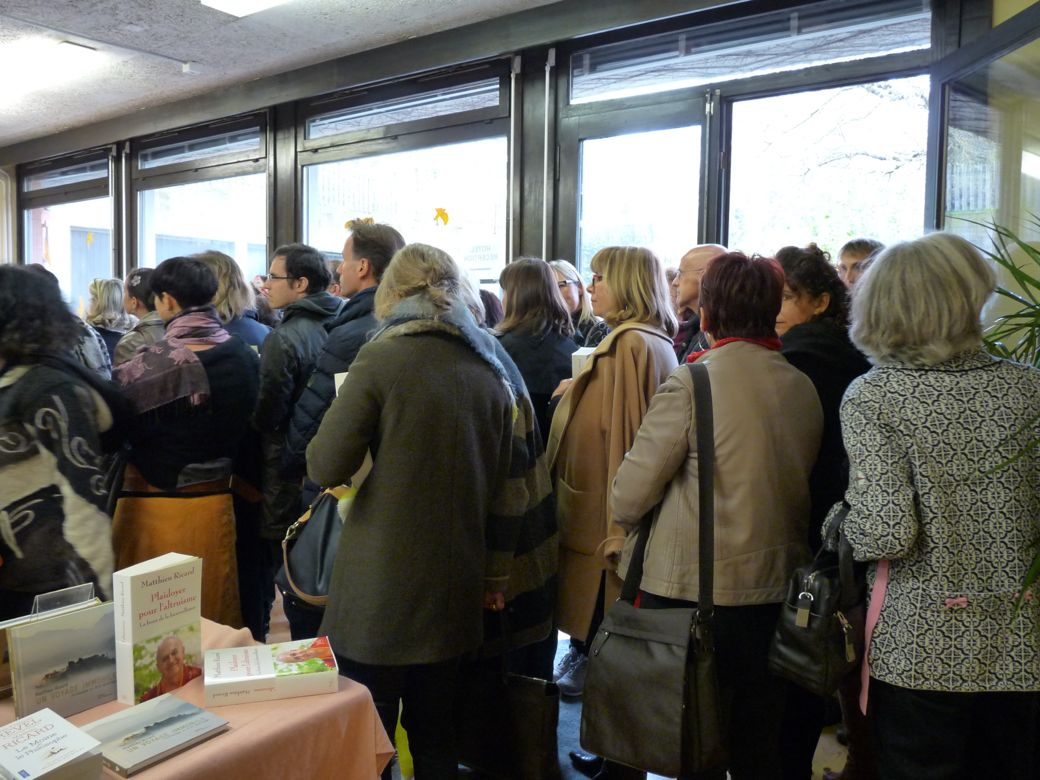 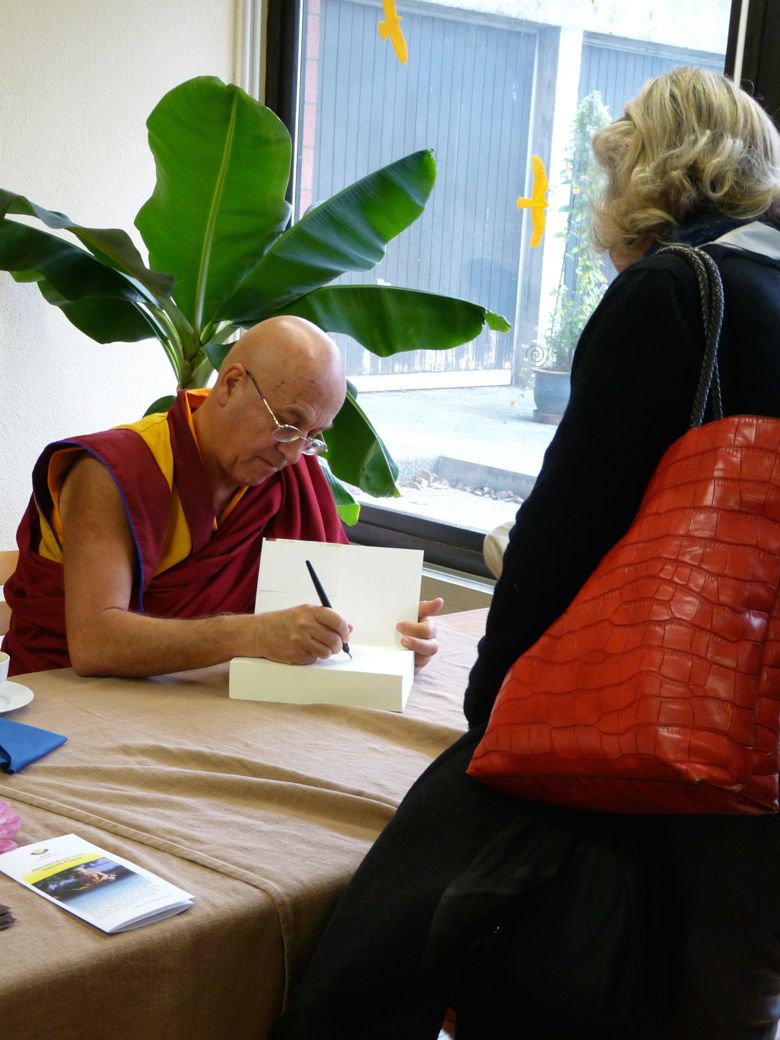 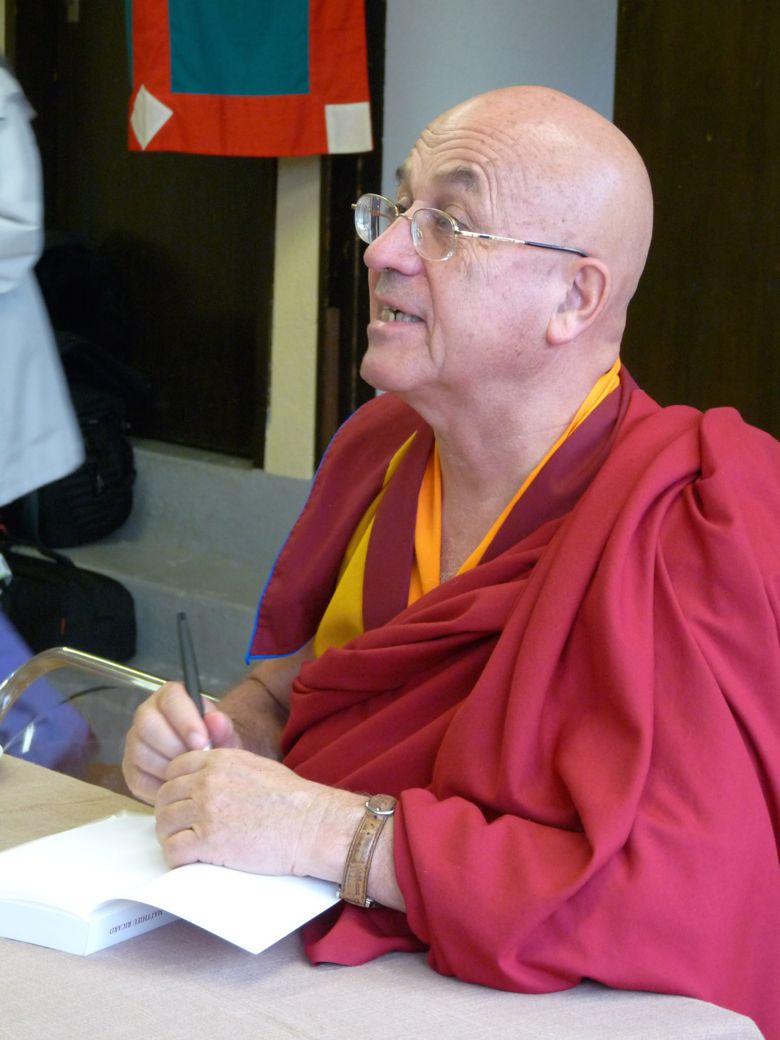 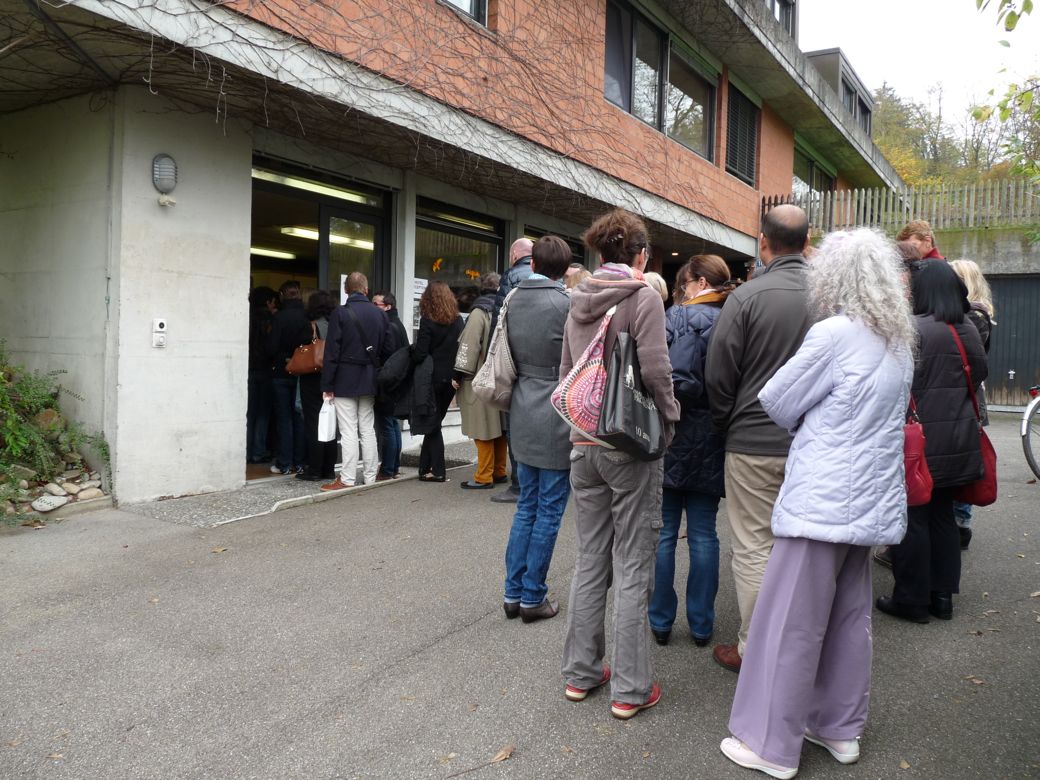 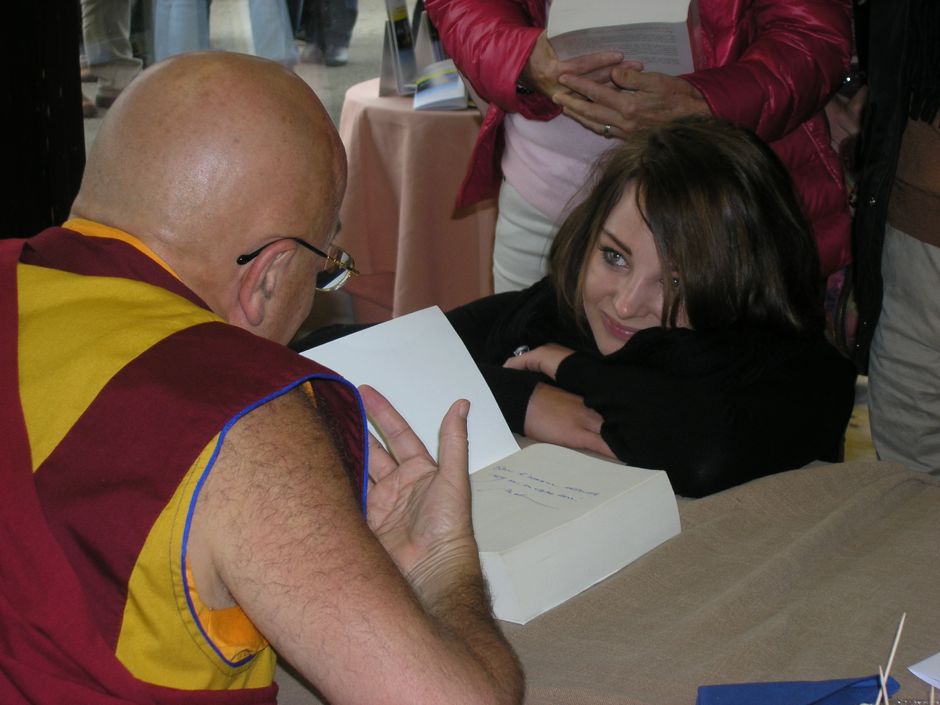 Before his departure, the team of volunteers spent a wonderful few moments with our guest, a time which was extended by a walk in the nearby area. On several occasions, he commented on how pleased he was with the reception we had given him stating: “But why such a reception? I’m not a monk! “. Finally he gave his impressions of his visit: “Upon my arrival, I felt that this place exudes an atmosphere conducive to practice. The buildings are of high quality and very attractive. The surrounding nature is calm, soothing and feels supported by the values of Dharma. This is a truly inspiring place”.  About Gyetrul Jigme Rinpoche he said: “I know very little but I am very happy and grateful for the way Rinpoche continues with perseverance to amplify the spiritual lineage of his father, continuing in his great wisdom and compassion to develop the Dharma and to make it blossom”.  And for all the students he said: “I send all my wishes to all the students of Ripa Europe and pray that they meet regularly with determination and confidence to practise and study together. This is the best way to progress”. 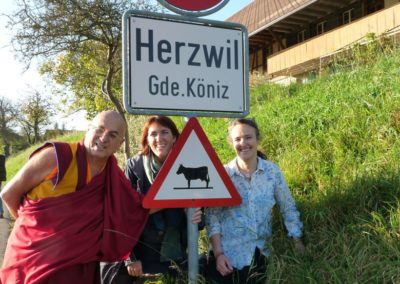 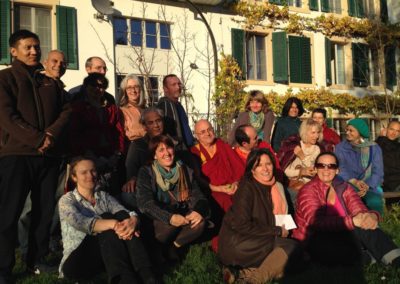 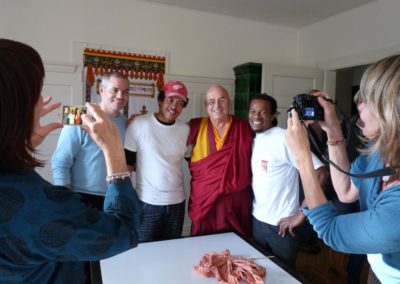 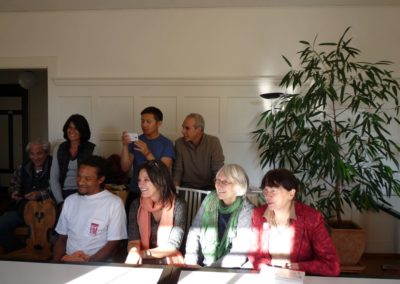 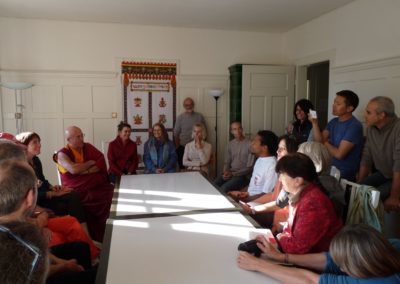 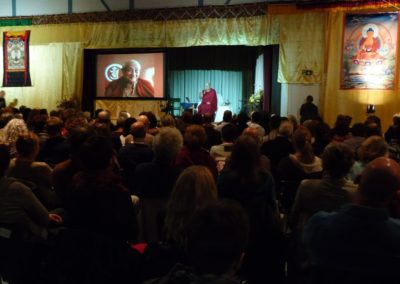 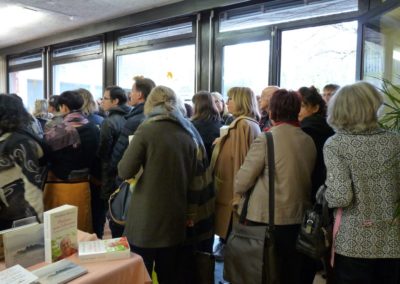 You’ve understood: it was a successful weekend! It was good for the public who left satisfied, good for the Center because it was an opportunity to inform newcomers of our work and – it seems – good for Matthieu Ricard who communicated to his audience the ‘breath’ of the great masters, that of Tibetan Buddhism and finally his work as a writer.

Yours Sincerely in the Dharma

The Team of Ripa International Center