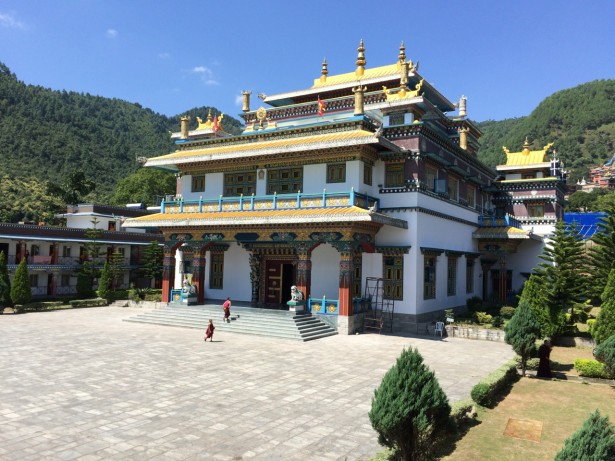 It is with a friendly excitement, both warm and joyful, that the event is being prepared. It must be said that participants are now beginning to arrive from everywhere, and the little monks perform their tasks with great creativity.

The monastery gets a makeover. Minimally affected by the earthquake in comparison to other sites, the damage that was sustained was neither to the strength or to the stability of the monastery itself. Although it has been refurbished, and repainted, the monastery is able to accommodate us now in safety, and all the great statues, such as Padmasambhava, Hayagriva and the Buddha were completely spared. Only the splendid paintings of the interior walls will have to be redone by specialized artists. Meanwhile, they are temporarily replaced by huge Tankhas representing the different manifestations of King Gesar of Ling. As the refurbishment is being completed, it is almost like finding the 2005 monastery, that of the inauguration from ten years ago. For their part, the monks are busy preparing for the Gong Ter. The monastery vibrates with their activity that is at once serene and relax. 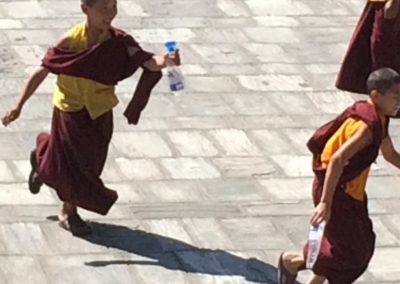 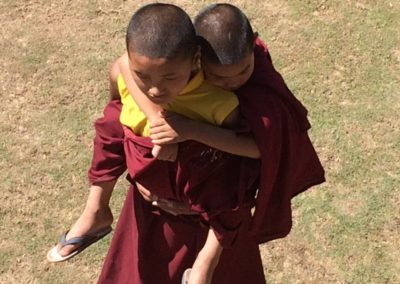 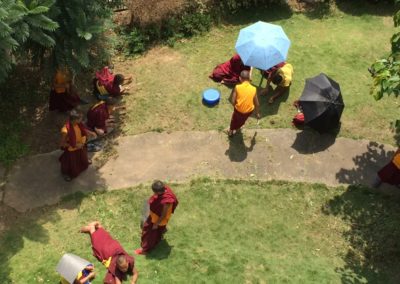 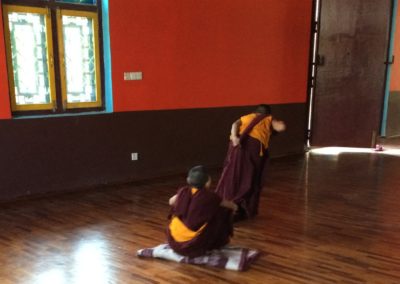 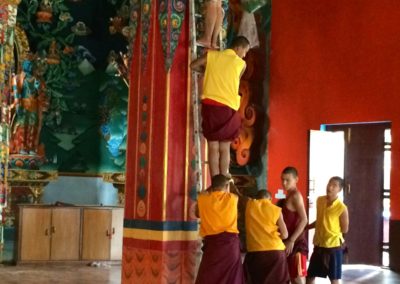 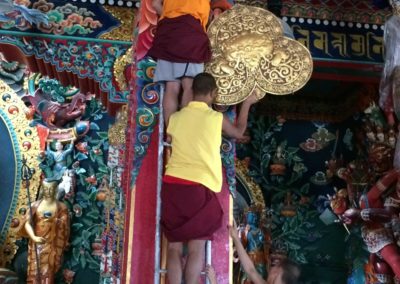 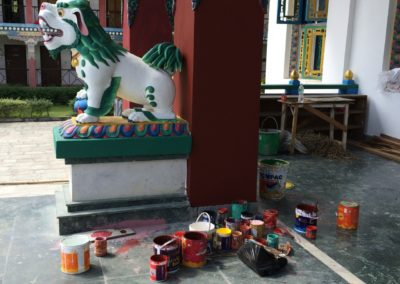 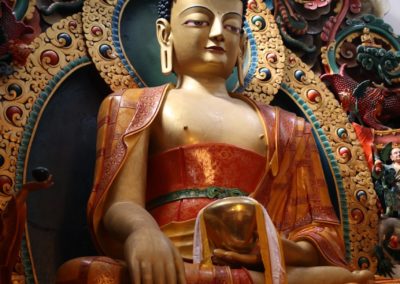 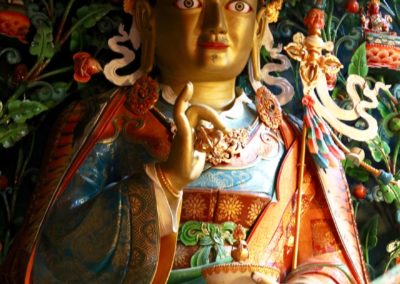 The statues have kept all of their splendor … The smell and sight of fresh paint awakens and enlivens the colors … a team bonding session … the art of polishing the floor of the temple … and cleaning the lawn … a small moment of friendly relaxation … and then one cools off with a little water.

The Dallu valley close to Pharping. As you may have already read a few years ago in one of the older blog postings, the Dallu Valley near Pharping is an historic and powerful place … On the road leading to Tibet, Padmasambhava stopped first of all in Nepal. At that time, the country was going through a very difficult period, with many famines and suffering of all kinds. Negative spirits infested the Kathmandu valley, spreading their terrifying energies across the region. The arrival of Padmasambhava opened up a new era because he practiced Vajrakilaya in the cave of Asura to Pharping. If he chose this place, it is because it was the most powerful place to soothe the valley. Through this practice and its fulfillment, he subdued the naysayers and brought back harmony to the entire valley. The people came to live there, finding happiness and joy. Near this cave where Padmasambhava was in a three-year retreat are very special hills in which he recognized the eight auspicious symbols. Protected and surrounded by these hills, the Rigon Tashi Choling Monastery was built very close to them. Several great masters of the past had already predicted that the teachings of the “Taksham Cycle” would flourish there. To this prophecy were added the visions of Kyabje Anzin Rinpoche, the elder brother of Tertön Namkha Drimed Rabjam Rinpoche, as well as Rinpoche’s own visions, and finally the blessings of His Holiness Sangye Dorje Chatral Rinpoche, one of the last living Great Masters of the lineage of the Way of the Great Perfection (Longchen Nyinthig), and also considered to be one of the greatest Masters of Dzogchen. Fifteen years ago, the monastery then under construction was the only one in the valley, with here and there a few farmhouses surrounded by some poor crops. Today, the monasteries have sprung up like mushrooms, as well as nunneries. The number of houses is growing, slowly advancing on the flanks of the hills and in the small fields, and one can see vegetables growing, in much better health than in the past. It’s simple: the valley now has three hundred and forty houses while they were only sixty fifteen years ago. Decidedly, this powerful valley surrounded by auspicious hills is a great success. 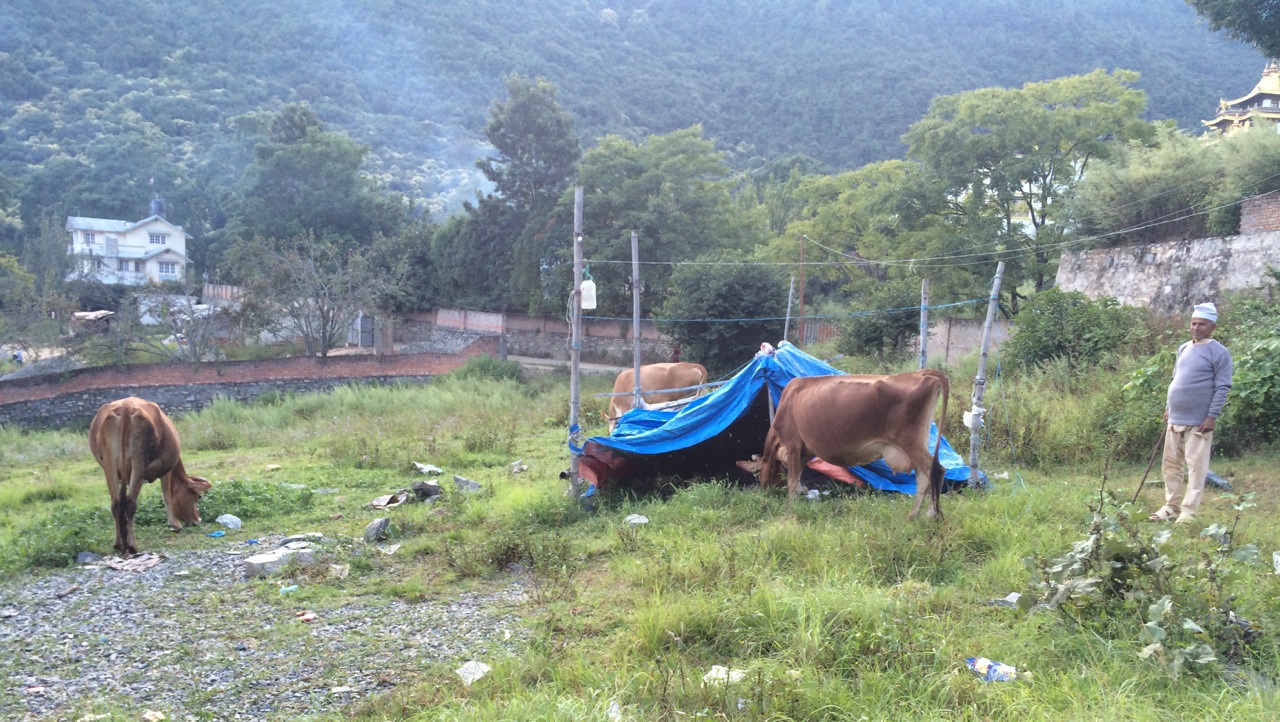 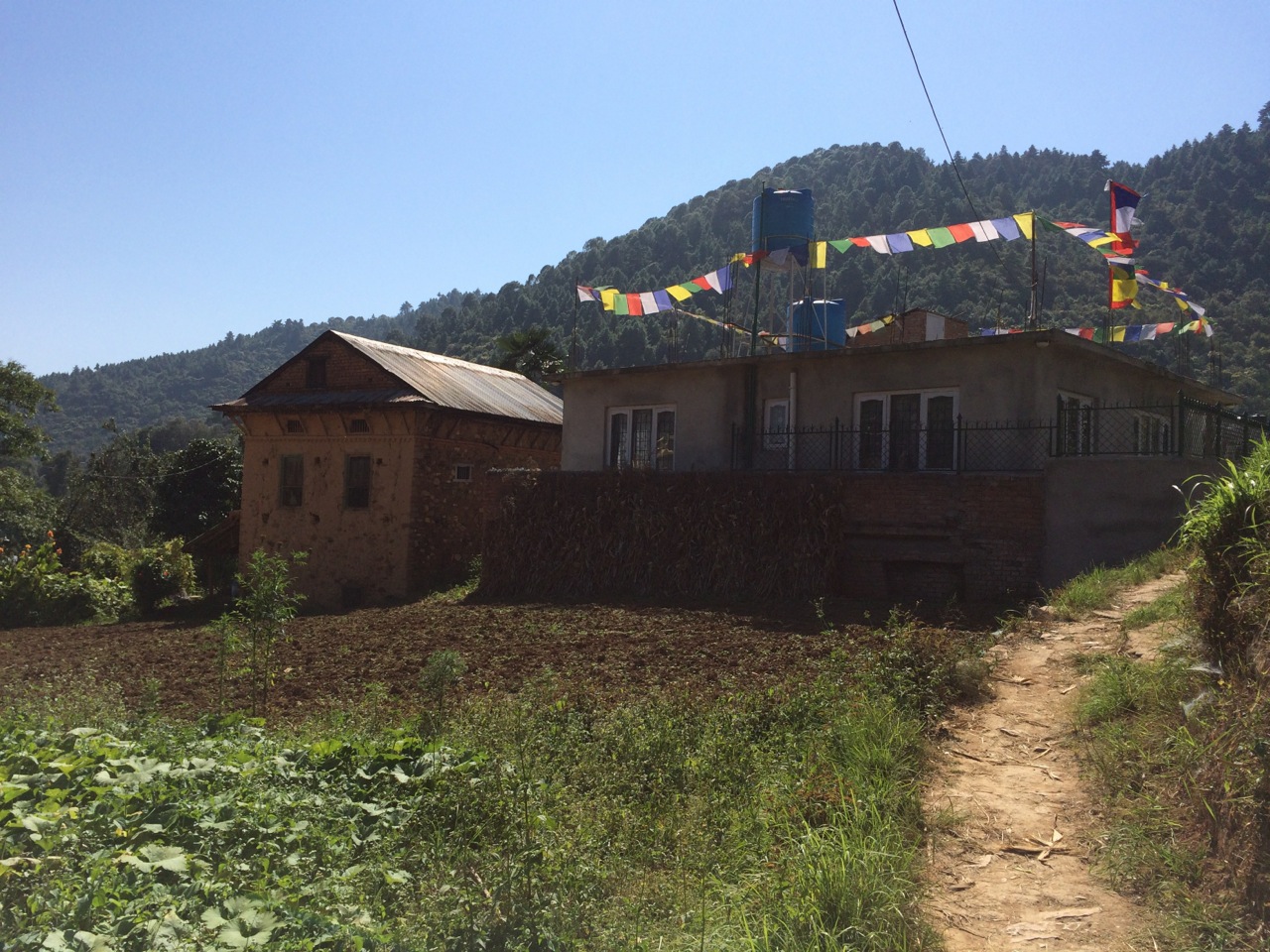 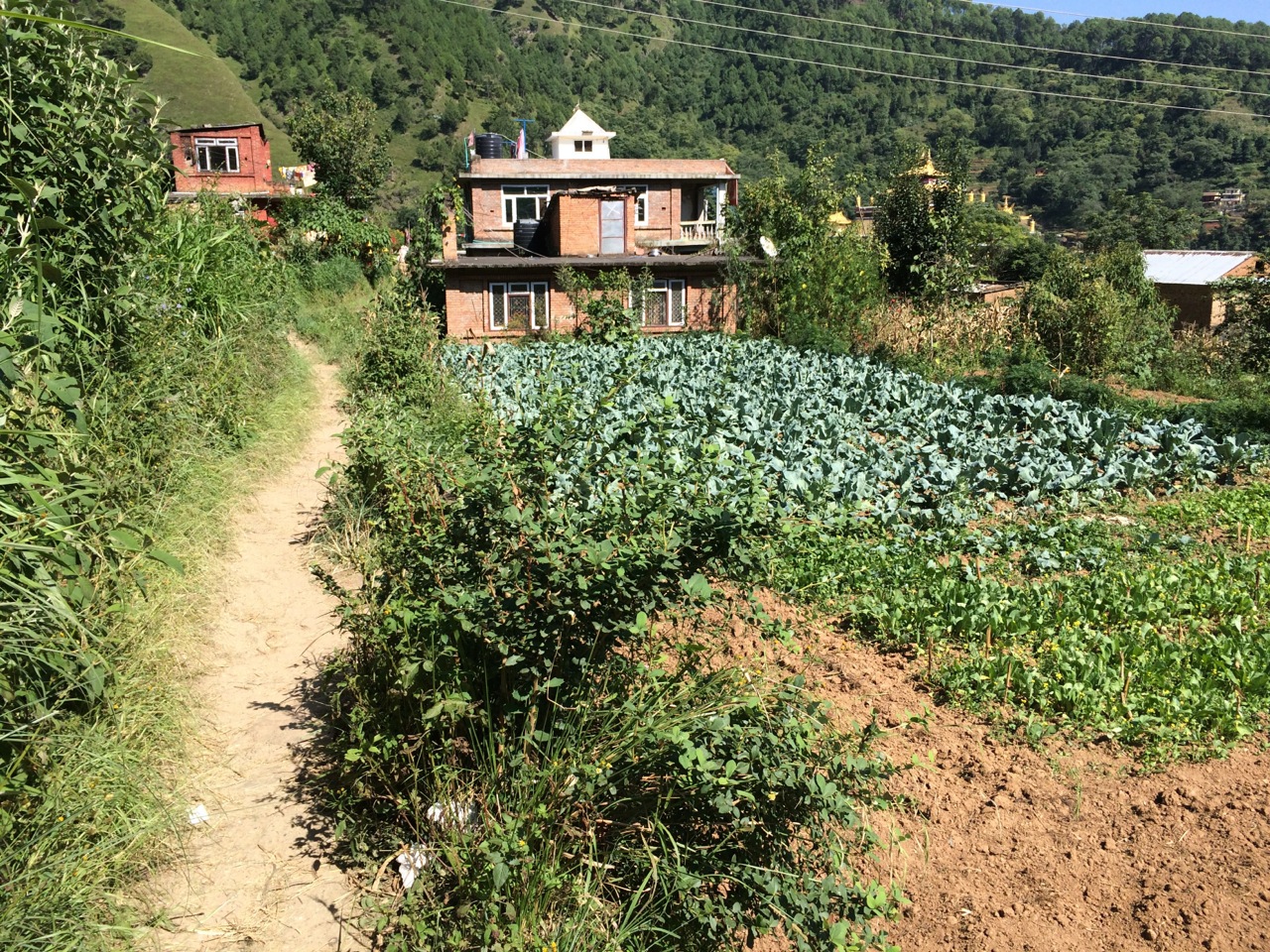 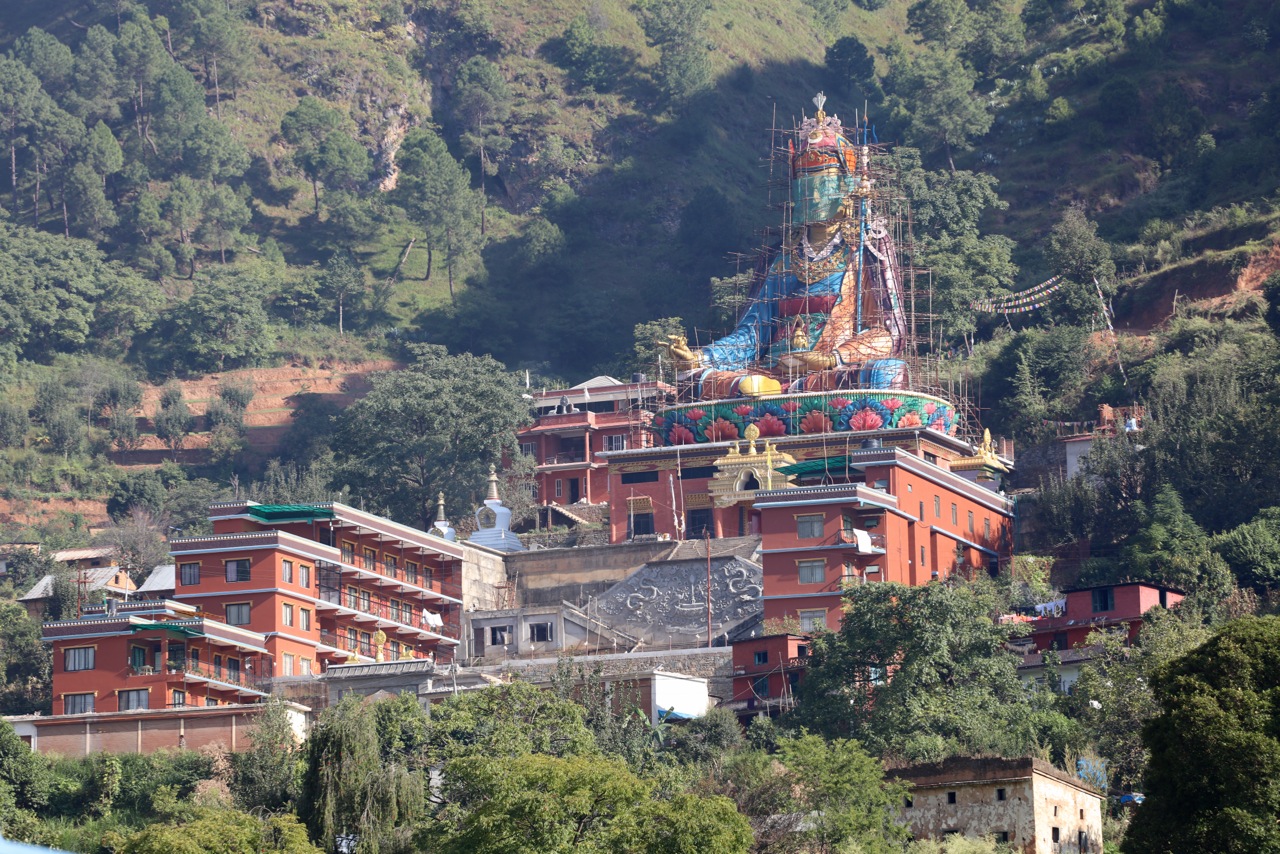 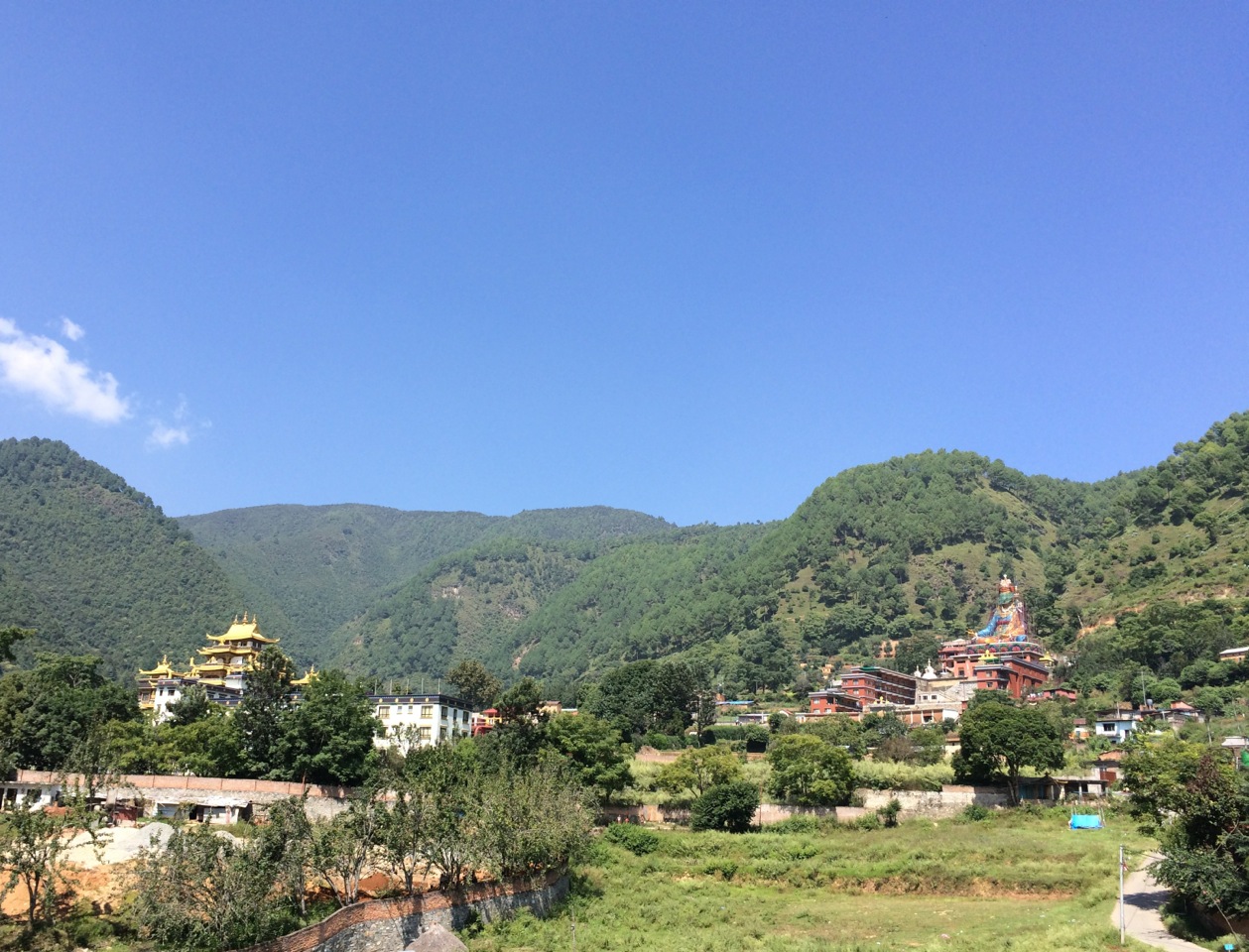 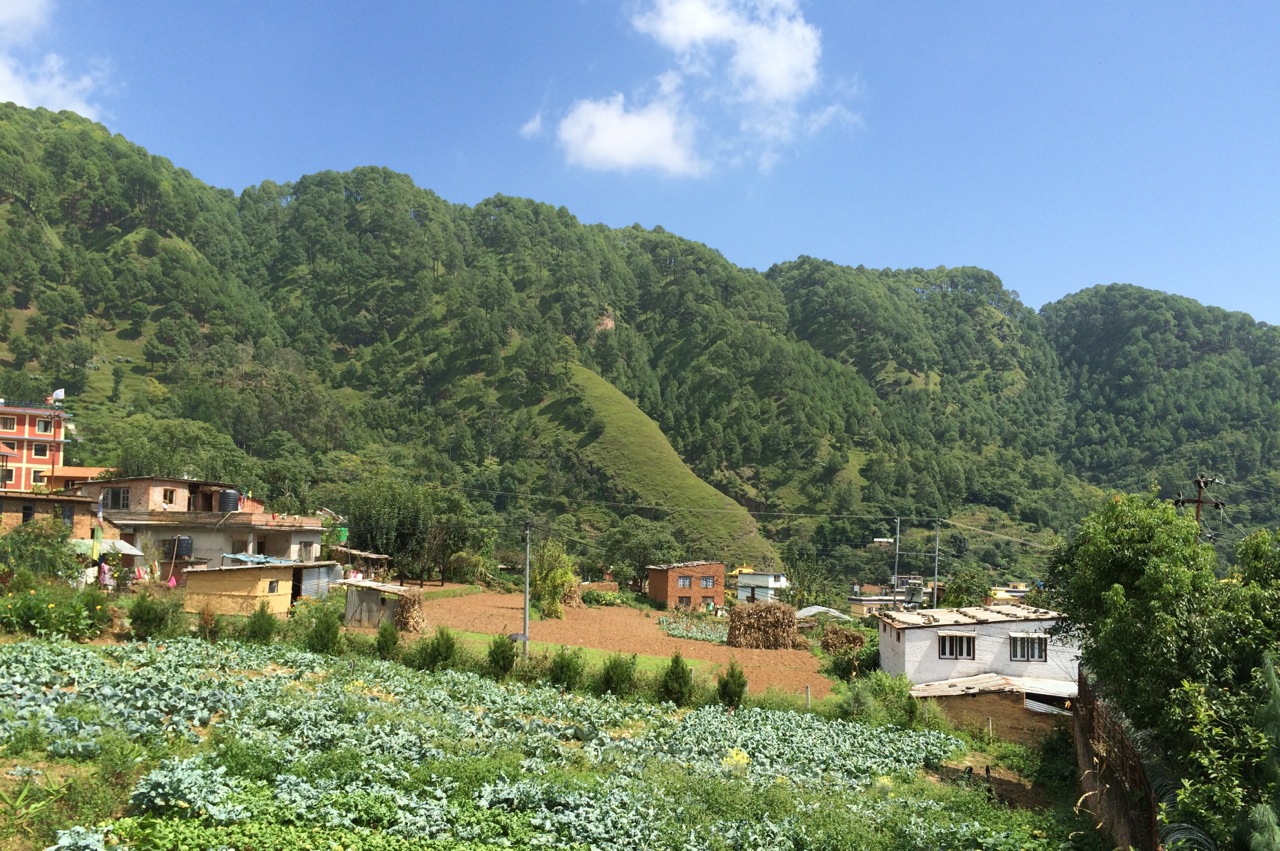 A glimpse of the hills and buildings that are gaining ground … Some neighboring monasteries … Small family houses surrounded by their fields … The traditional dwellings alongside more modern buildings … The cows and goats are also a part of everyday life.

Rinpoche arrives. Today is Tuesday, and H.E. Terton Namkha Drimed Rabjam Rinpoche is due to arrive in the morning. He arrives with Dungsey Lhuntrul Dechen Gyurmey Rinpoche and Sakyong Mipham Rinpoche. Most of those that are already there are preparing to welcome him, kata in hand. Superb auspicious signs were painted freehand on the floor. At the entrance of the monastery, a long line of monks is extended by another long file of Tibetans, and on the opposite side, are students of Shambhala. In the past few days, participants have come from all over. One hundred Tibetans from Pemaköe have arrived after three days of travel, and others have come from India, including of course Orissa, as well as additional Indian states. There are also some Nepalis who have now become Rinpoche’s students, and they will also be present. Bhutan, Taiwan and Malaysia complement the participants from the Asian continent … From the West, students from Canada and the United States are represented. Europe is also included, finally, with representation from Russia, Ukraine, Kalmykia, Germany, Spain, France, and Switzerland, etc. The Pharping monks represent a group of one hundred and thirty people, while those from central Orissa are another one hundred. In total, there are more than five hundred people from all over the world, speaking all languages,​​ and including all cultures, which are expected to participate from tomorrow onwards in the Gong Ter of His Eminence Tertön Namkha Drimed Rabjam Rinpoche. The transmissions that we will receive, along with their lungs, given by Dungsey Lhuntrul Dechen Gyurmey Rinpoche, represent all the Mind Treasures of His Eminence that have been discovered, to date, in this life. As a truly unique event, other high Lamas of other lineages will also be participating. 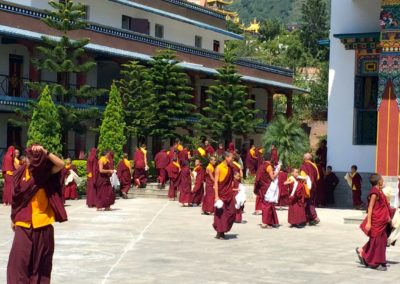 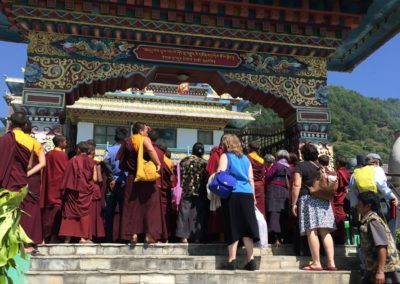 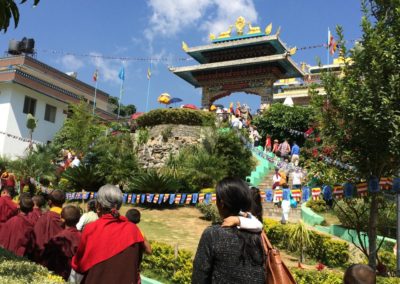 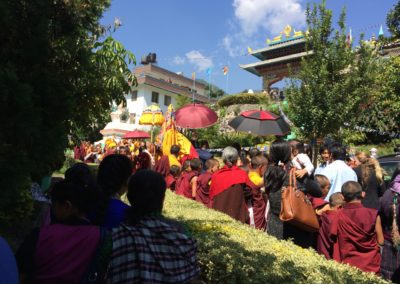 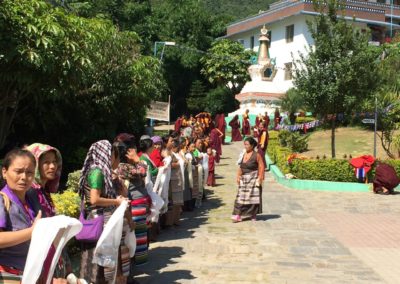 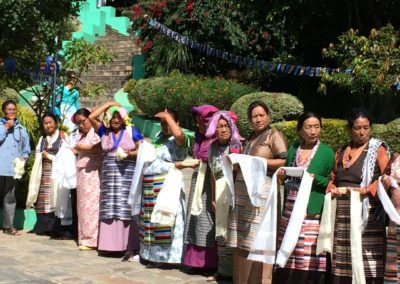 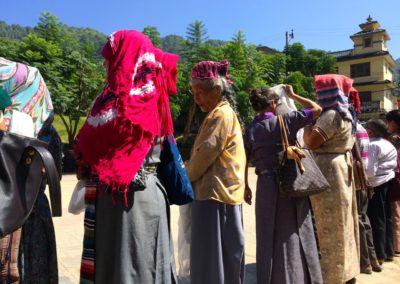 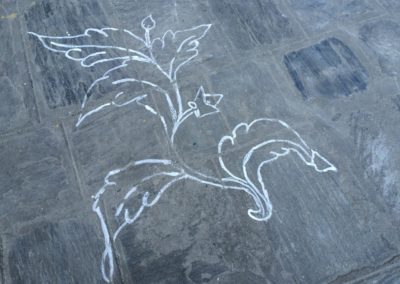 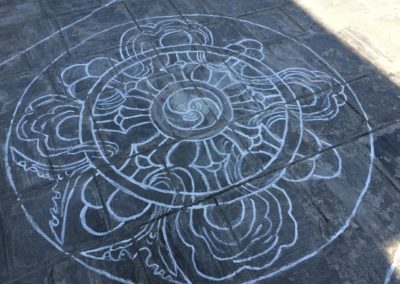 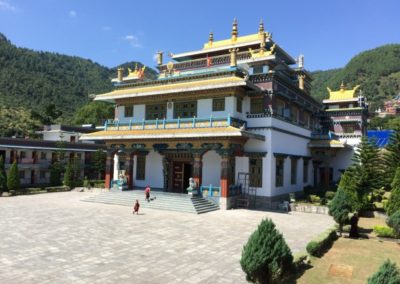 Some auspicious signs on which Rinpoche’s steps will alight … The wait is done under a blazing sun … Namkha Rinpoche, Lhuntrul Rinpoche, and Sakyong Mipham Rinpoche arrive, the official procession accompanies them … Followed by monks and participants … Then everyone leaves to complete the preparations.

Stay tuned for the next blog —
In Dharma friendship,