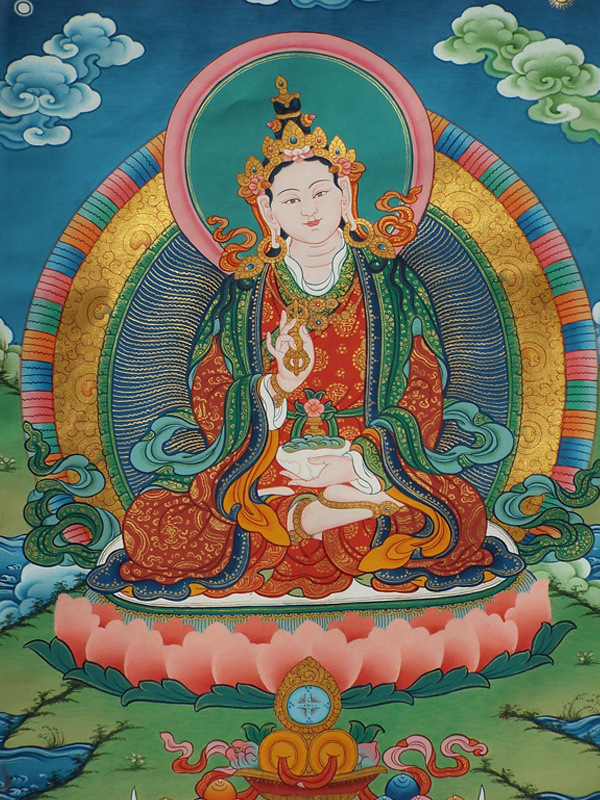 Yeshe Tsogyal incarnates the ultimate essence of the Dakini, the feminine principle, both in its human and divine forms.
As a historical figure, she was the consort of Guru Rinpoche, or Padmasambhava, and attained unsurpassable spiritual accomplishments, equal to those of the Buddha. During the 8th century she helped to spread the sacred teachings and played a crucial role in assisting Padmasambhava establish the Dharma in Tibet.

In the Secret Mantrayana tradition, the Dakini is one of the Three Roots (Guru, Yidam and Dakini) and represents the source of all enlightened activities. 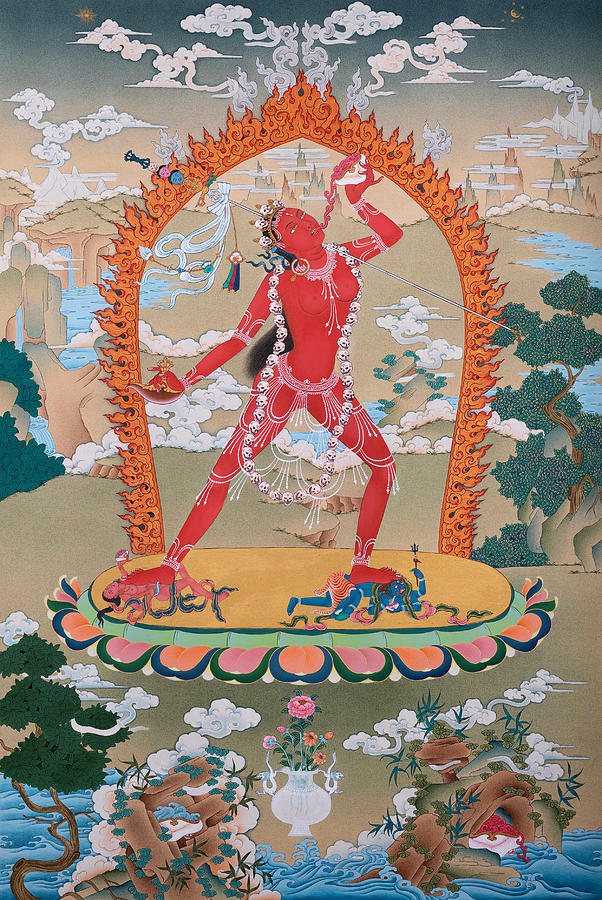 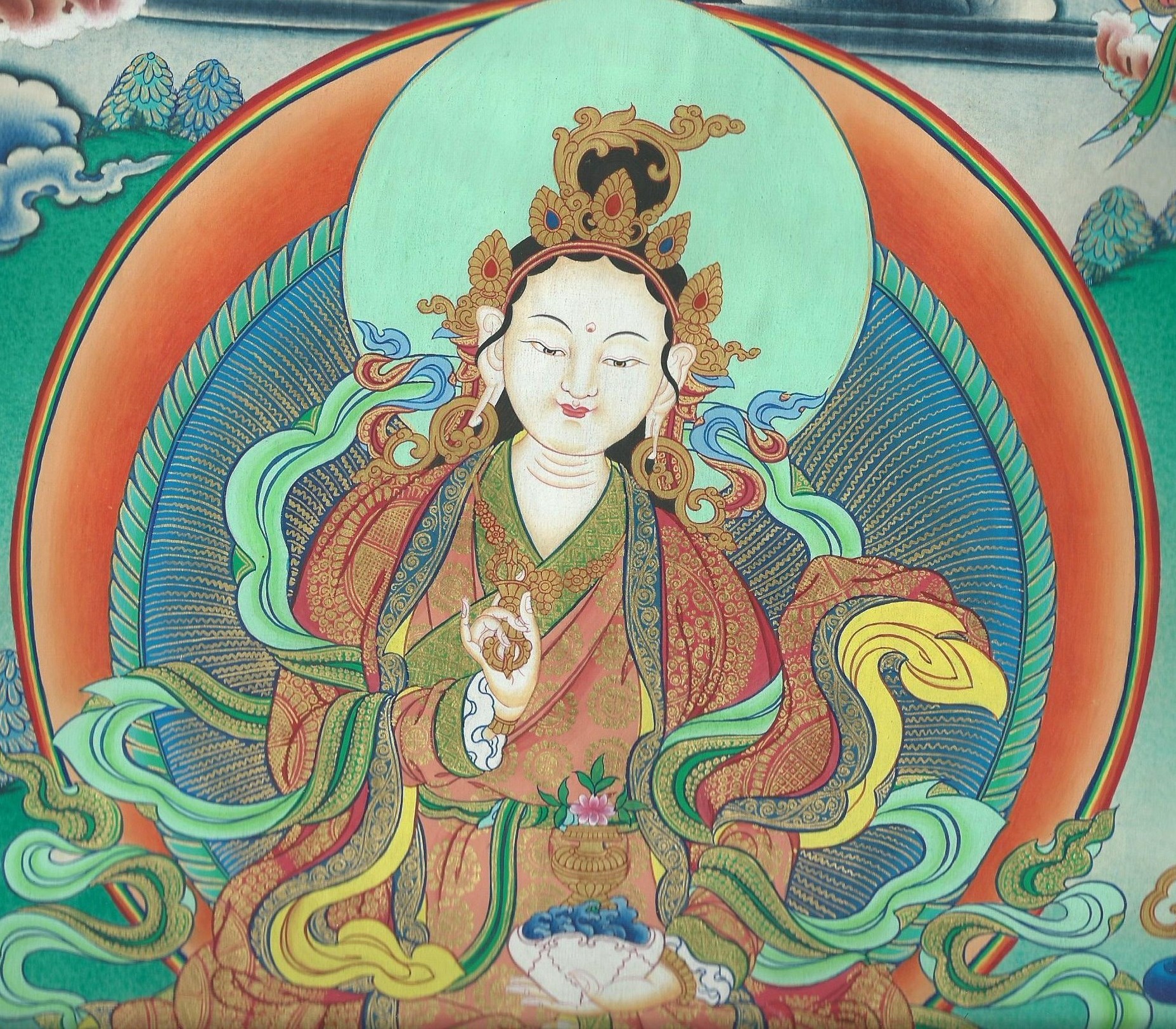 The wisdom dakini refers to the dharmakaya aspect and is represented by Samantabhadri and the great mother Prajñaparamita – in essence Sunyata, or the emptiness aspect of all phenomena.

In the Sambhogakaya, she is represented by Vajravarahi, the Lion-faced Dakini, or Tara – dakinis arising as a symbolic expression, from the expanse of basic space, the unborn emptiness.

In the Nirmanakaya, the wisdom dakini emanates in human form, giving rise to Yeshe Tsogyal, Mandarava, Machig Labdrön or the great emanated female Tertöns, such as Jomo Menmo Pema Tsokyi, and Dakini Kunga Bum who are also considered wisdom dakinis.

The dakinis of activity emanate from the central wisdom dakinis of the mandala as retinues to help carry out and fulfill the enlightened activities.

The worldly dakinis can be either human or non-human. The non-human ones are said to dwell in or roam the twenty-four sacred places and the eight great charnel grounds.

Dakinis can be understood and perceived on many levels: they are the guardians of the Dharma teachings; they help practitioners maintain and restore broken samayas. Depending on the activity that needs to be fulfilled, they manifest in peaceful ways – to give courage and endurance on the spiritual path – or in wrathful and fierce forms – to help practitioners cut through gross attachment and conflictive emotions. In this way, they are said to be invisible companions to practitioners with pure motivation who encounter their activity in the form of enlightened blessings. Ultimately, dakinis represent ultimate wisdom, Prajnaparamita, emptiness or Sunyata; in this way, the great mother, Dharmakaya, is the source of all the Dakinis.

Many forms of more or less extensive practices of Yeshe Tsogyäl have arisen from different Termas (hidden teachings).

The 25th day of the Tibetan lunar calendar is the day of the dakinis. Followers of the Ripa lineage do the dakini practice based on a mind terma of the great tertön Namkha Drimed Rabjam Rinpoche; hence the transmission is very close and its blessings particularly powerful.

A puja and tsok are organized on the Dakini day at the small Temple of the Ripa International Center.
Having received the Yeshe Tsogyal Initiation is necessary to participate in this practice. 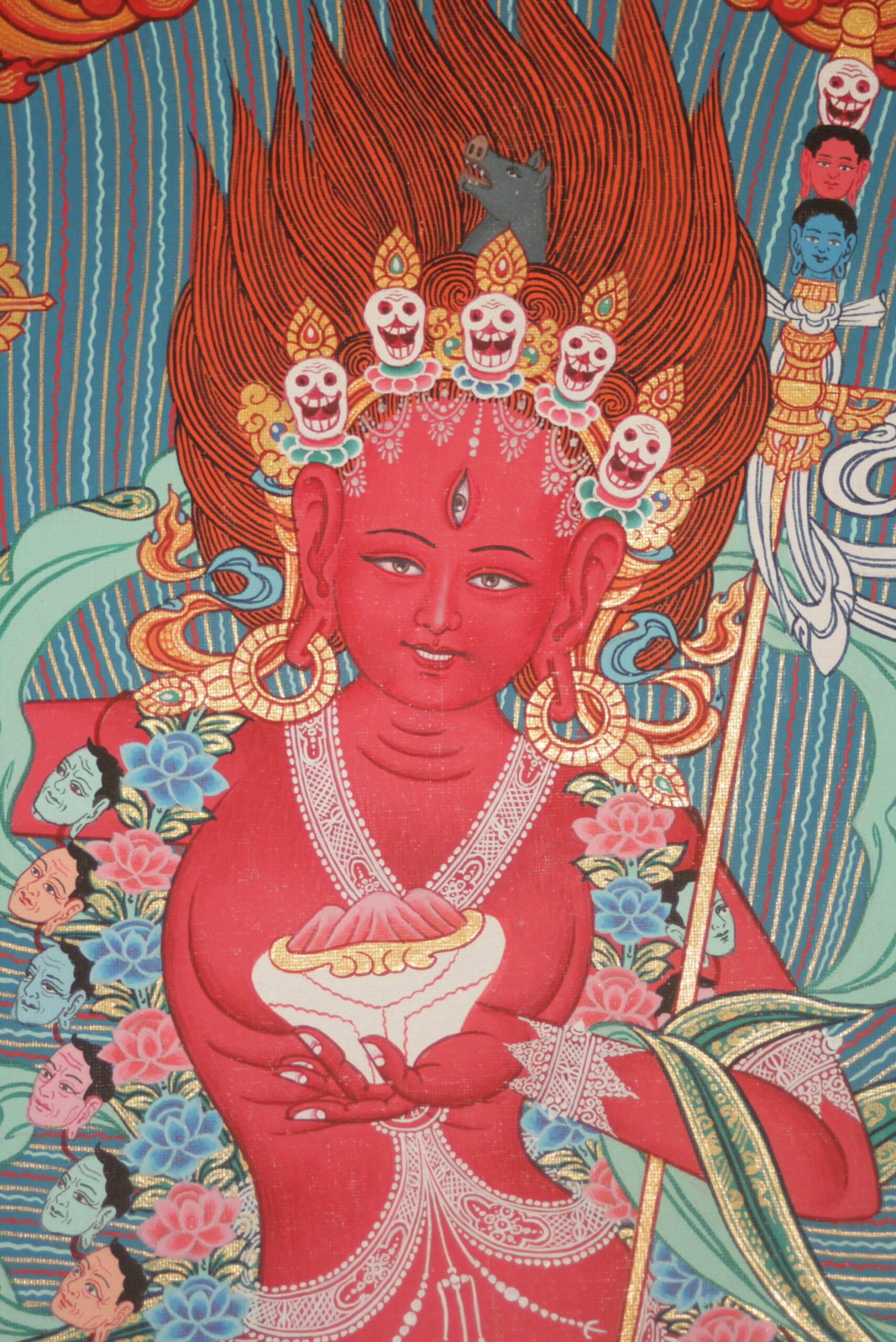