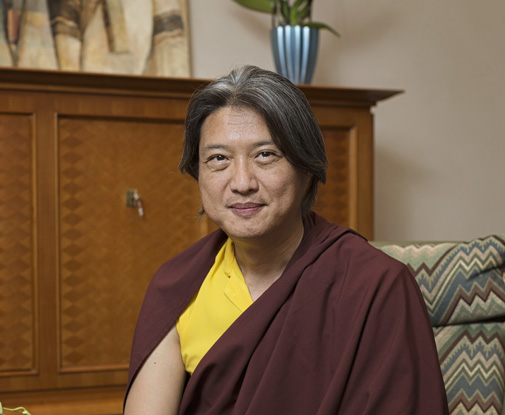 Master of Buddhist meditation and philosophy

Ven. Gyetrul Jigme Rinpoche is a master of Buddhist meditation and philosophy under the Kagyu and Nyingma traditions. A Lama of the second generation, he was born in Odisha, India in 1970. Rinpoche attended primary school in Darjeeling. He received a traditional Buddhist education under prominent Masters and later he earned a Master’s degree in Buddhist Philosophy. He is the heir of the Ripa lineage, a spiritual lineage of reincarnated lamas that dates back to 17th century in Eastern Tibet. He is currently the head of two monasteries in India and Nepal where he oversees a monastic community of over 400 monks; in addition, he is the spiritual leader of a Tibetan community in exile residing in Chandragiri, in the state of Odisha, India, where he founded the Thubten Mindrolling Nyingmapa Society. The society manages the twin structure of Buddhist philosophy and culture education under the Padmasambhava Mahavihara, including socially beneficial projects.

Since 1996, Gyetrul Jigme Rinpoche has travelled extensively in Asia, Europe and the USA, giving lectures and seminars to a lay audience on topics as varied as meditation for the modern world, Eastern wisdom for modern chaos, secular ethics, values in education, authentic presence for leaders, etc.

At the request of his Western students, Rinpoche founded the Ripa International Center in 2012. Located in the outskirts of Bern, Switzerland, it hosts annual meditation retreats, events and conferences and serves as the international seat of the Ripa lineage in the West. In 2014, at the request of his Russian students, Rinpoche founded the Ripa Center in Moscow. 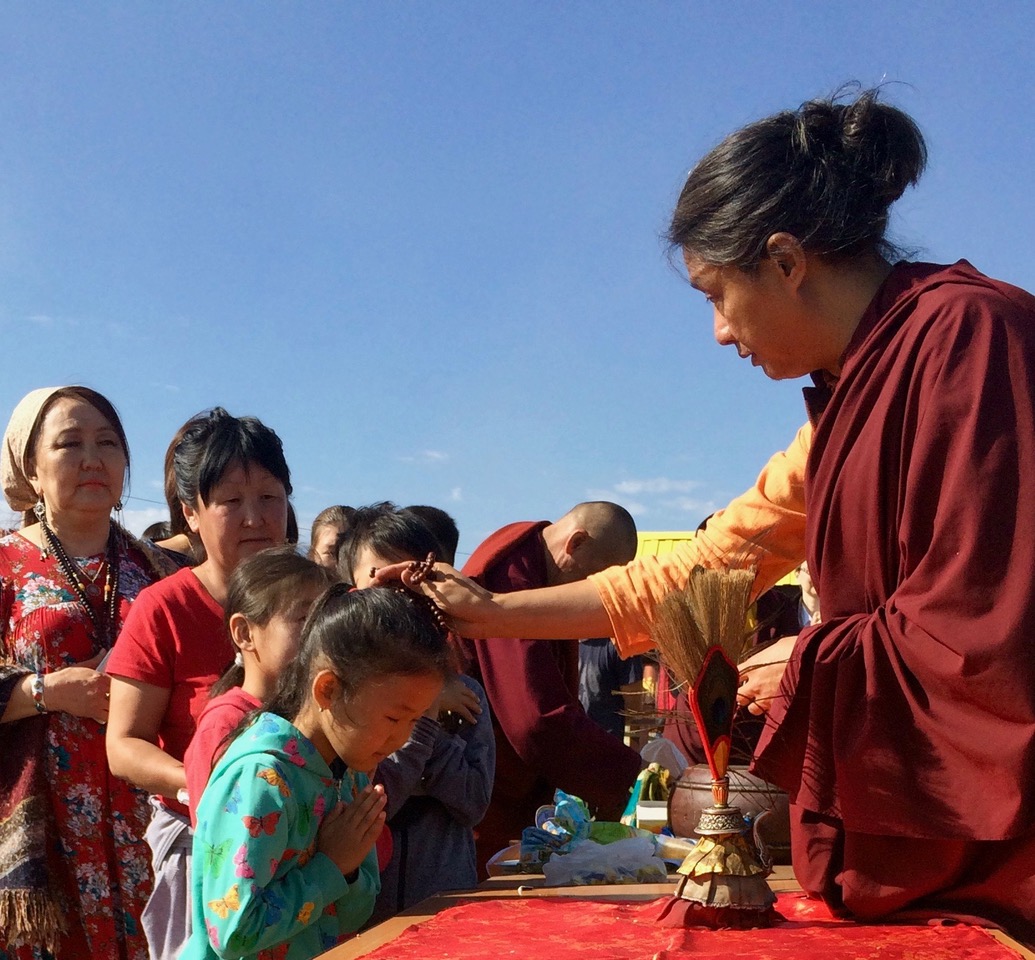 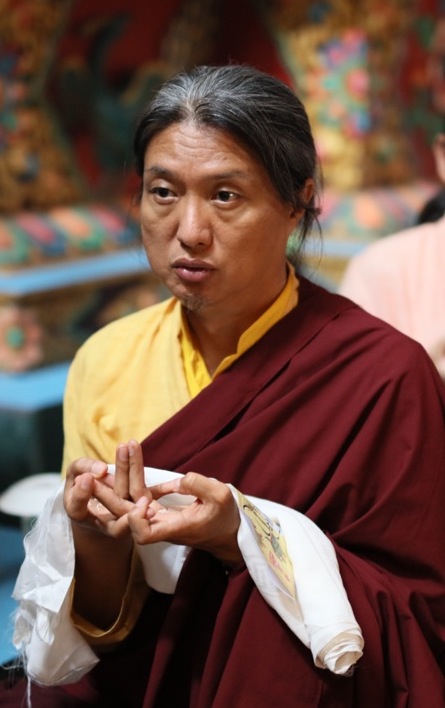 Throughout his intensive travelling in Western countries, Jigme Rinpoche has attracted increasing interest from individual and institutional donors, moved by the social and humanitarian work that he has tirelessly undertaken for the last more than two decades to improve the well-being of the hundreds of Tibetans and local people living in Orissa and elsewhere. Today Rinpoche is widely known and happy to be called himself a socially engaged Buddhist.

The construction of a tuberculosis hospital named ‘Menlha Hospital’ today is another vital project of his activities. This hospital facility has four wards, with attached washroom, one consultancy section, and a medical store with supply counter.

To cope with the major life threatening disease of malaria in the area, particularly for children and the aged, preventive measures have been undertaken by distributing mosquito nets, using fogging machines in the refugee camps, and the construction of a proper drainage system beside the roads has ultimately helped in reducing the Malaria patients by more than 45% from the year 2005 onwards.

Campaigning and inviting experts to make awareness in the community for AIDS.

Helping the underprivileged and aged to have medical examinations and care, including surgeries and other treatments for the visually and hearing impaired. 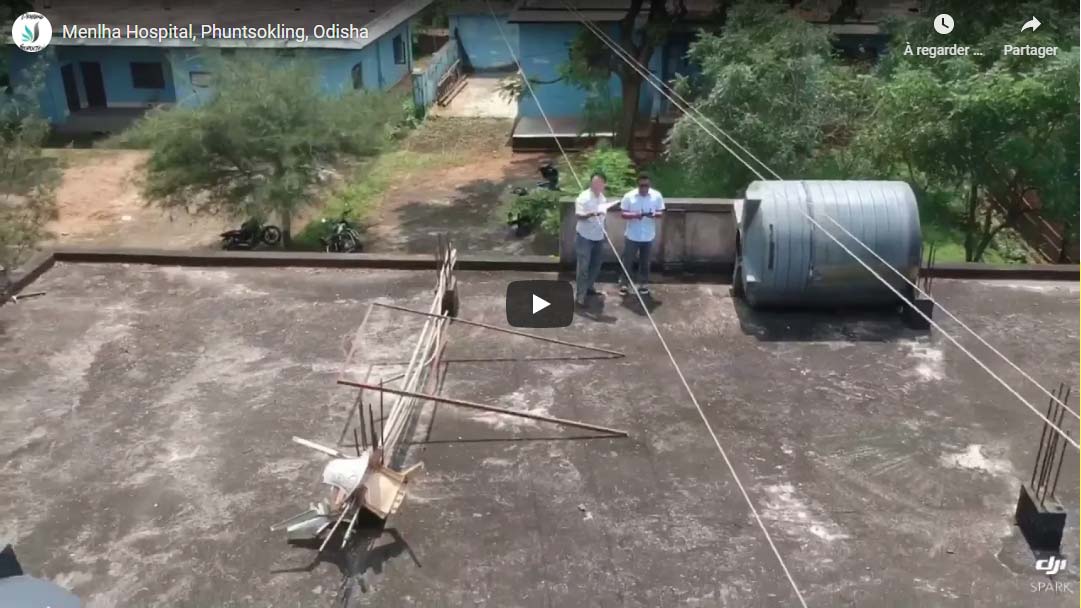 Following the 2014 earthquake that hit Nepal and in particular the Kathmandu Valley, Jigme Rinpoche gathered international aid to help reconstruct one of the many Nepalese villages impacted by the natural disaster. The project was named “Mero Gaun”, or “My village”. Reconstruction criteria and materials were based on strict ecological rules and was intended as a construction model for others to follow in the valley. 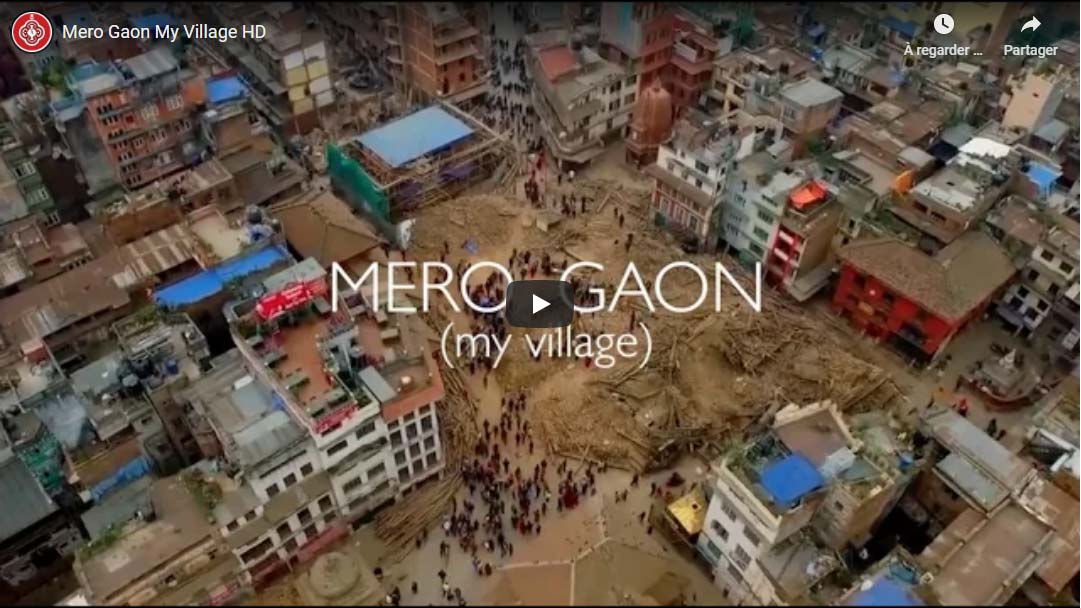 Since 1995 onwards, over hundreds of children are being given scholarships to enable them to attain a professional education, such as in Engineering, or other technical qualifications.

Women students who intended to enter the nursing profession were provided full nursing scholarships and now they are working as bonafide staff in their respective Institution and health centres. 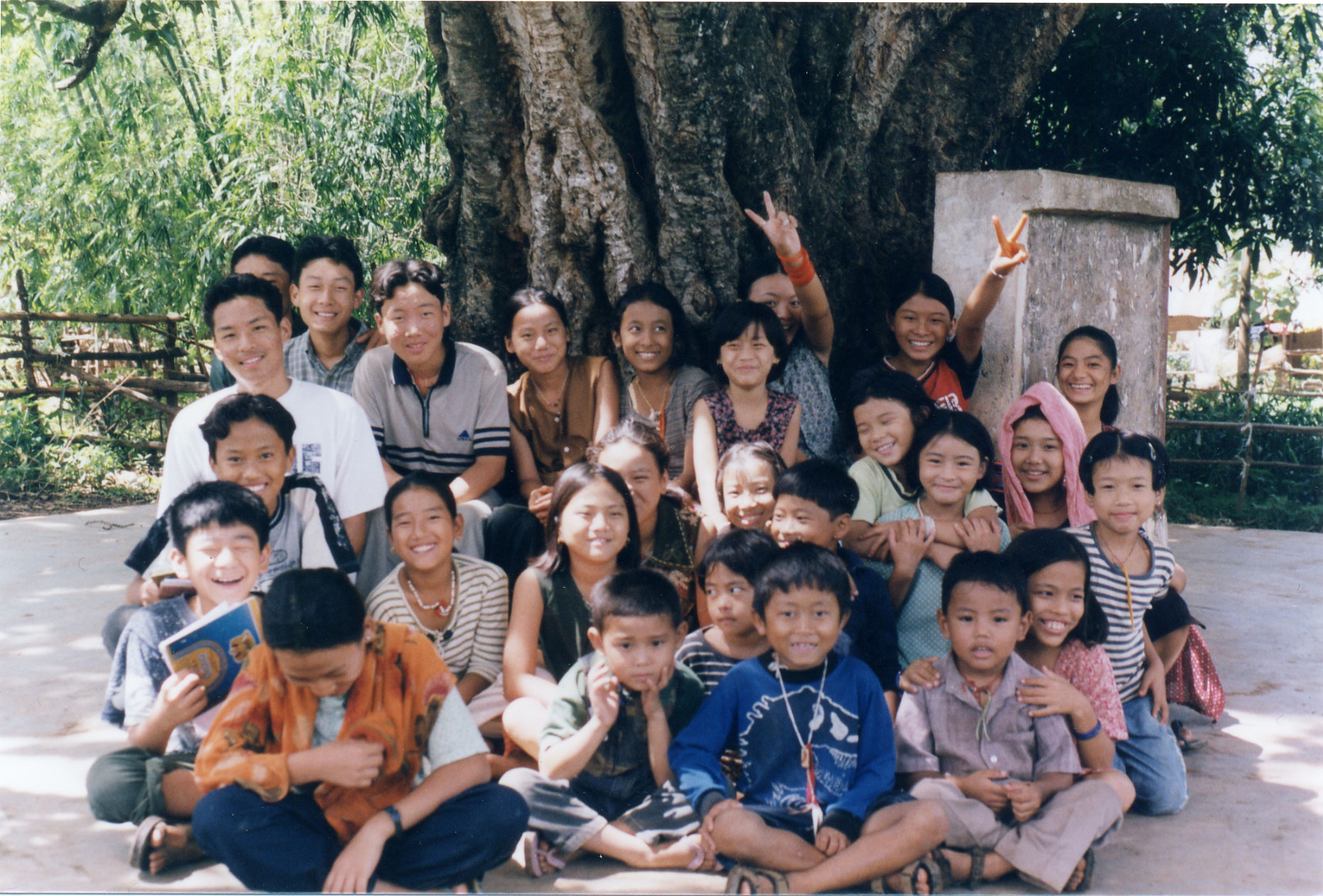 Women student nursing graduates are working as bonafide staff in their respective institution and health centres. 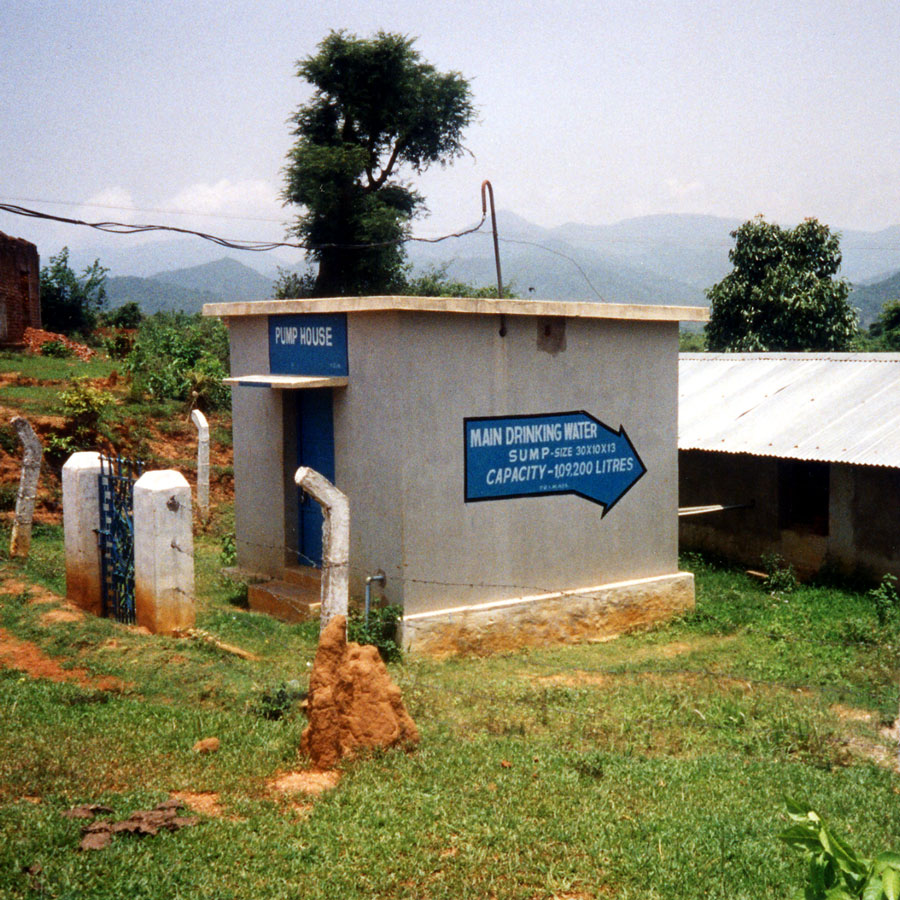 Infrastructure support: building an Orphanage and providing support for the aged

Constructed a hostel named ‘Siddhartha’s Home’ in the year 2003 to provide support to the orphan children in Mio, Arunachal Pradesh.

Aid was provided for the renovation and maintenance of a damaged hostel for Model Mission which constitutes 29 less privilege Oriya students and three staff in the year 2004.

Financial support was given to the needy and poor, to help them in building their house, including daily expenses, and to those who are physically and mentally challenged.

Providing financial support to the needy and poor.

Providing consultancy and guidance to the younger generation, encouraging them to embrace the path of  virtue and morality, including training on taming mind with meditation, as well as counselling them to avoid alcohol, smoking and an indolent lifestyle.

In the past, the people use to hoist the dharma flags by cutting young trees and undergrowth timbers. Thus in view of environmental protection, Rinpoche has replaced those dharma flags with iron poles, angles and pipes to protect the forest and greenery for ecological balance.

In order to solve the scarcity of drinking water and to get relief from water born diseases, the project for pure drinking water systems was initiated in the year 1994 and achieved a stable water supply for the entire residents and houses of the Tibetan settlement camps as well as for local inhabitants in many villages, enabling them to have piped water into their respective homes.

The past history of Buddhist heritage of Odisha which can be witnessed at archaeological sites within the diamond triangle is revived once again in the living form of Padmasambhava Mahavihara. Although situated in a remote and inaccessible place of Gajapati district but facilitating and providing teachings and practice of Buddhism to 200 resident monks came far away from all over the Himalayan region.

Recent developments of surrounding near the Padmasambhava Mahavihara likewise; construction of Check-dam, connecting bridge, roads and installation of Guru Padmasambhava statue in the Padmasambhava sarovar, beautification of the entire Sarovar area has increased the tourist visits, which in turn has brought benefit to the local people and strengthening them reasonably. His further efforts for development of the areas in coordination with Odisha Govt., under progress, have brought great benefit. 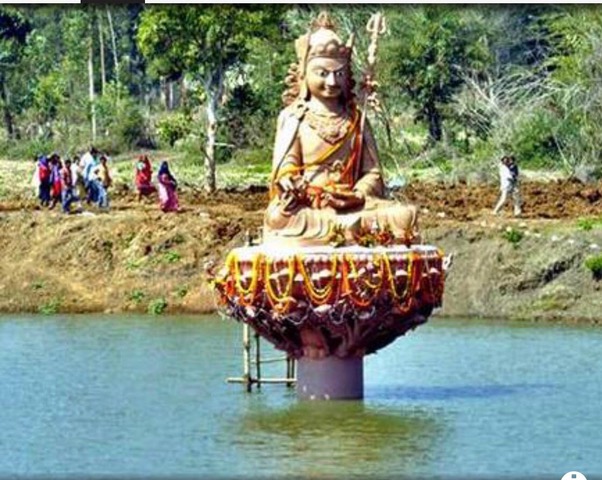 In the last eight years, he has developed a vast audience of business leaders in Eastern Europe, mainly in Russia, where he is a sought after speaker in business forums, for his direct, sharp and crisp insights into how business leaders can contribute to the creation of a better world. These talks have been compiled in a leadership development programme, called “Developing the Heart of the Warrior”, addressed to business leaders and executives. It is inspired in the 11th century Tibetan King, Gesar of Ling’s epic stories based on the historic figure’s sense of authentic presence, dignity and grace. The programme aims at helping business leaders discover the inner source of leadership, rooted in a profound connection with oneself. It also highlights the moral responsibility of businesses in alleviating the suffering of the communities they operate in and in responding to growing societal discomfort.

Under the name of Ripa Awareness Meditation (RAM), Ven Gyetrul Jigme Rinpoche launched in 2015 a specific mindfulness meditation programme, rooted in the wisdom and experience of the Ripa lineage. Deeply rooted in Buddhist wisdom and values, RAM technique is based on Shamata and Vipassana practices and helps meditators develop a greater sense of awareness, emotional balance, and resilience to stress.

Rinpoche initiated in 2019 a five-month training course on Mindfulness meditation at the Moscow school of economics.

A socially engaged Buddhist lama, his direct understanding of Eastern and Western minds, his lively and spontaneous speaking style and his crisp sense of humour make of him a very relevant speaker in a variety of settings, especially in helping modern educated generations integrate traditional spiritual values into modern life. Rinpoche is an NRI resident in Switzerland. He travels widely and spends several months a year in India. 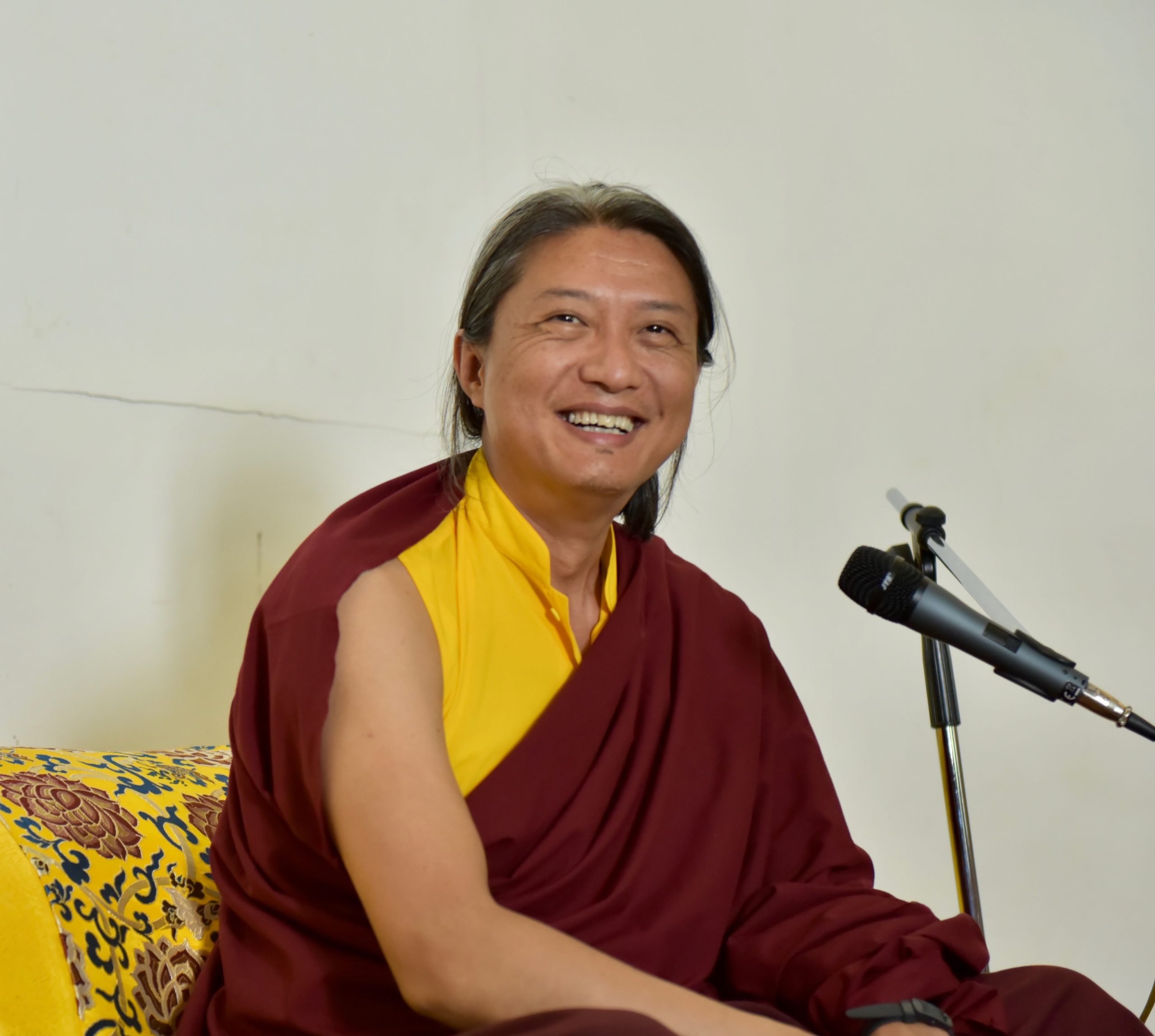 Author of the books:

«Healing the World we live in: Caring for our environment and for those around us»