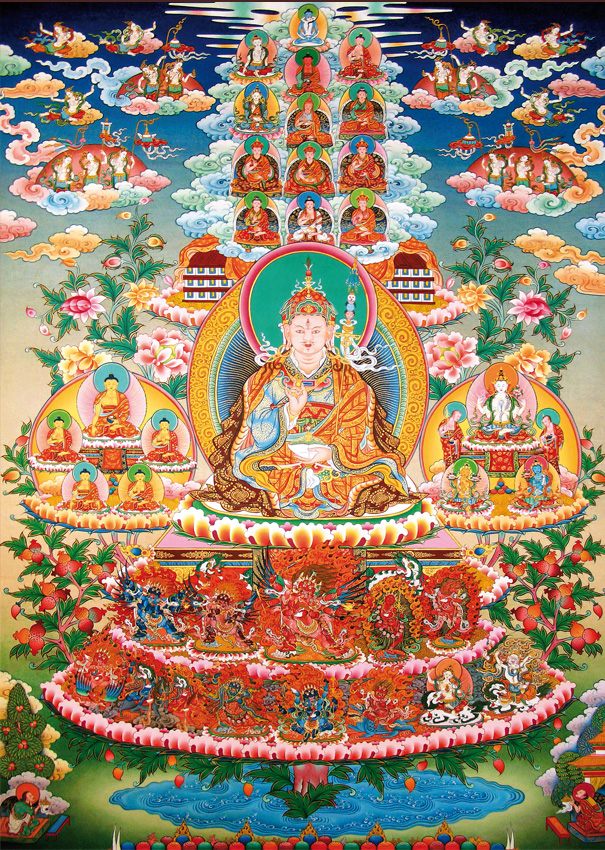 In the Vajrayana path of Buddhism, the reason and goal for studying, contemplating, and meditating on the Holy Dharma is to transform afflictive emotions. If one recognizes the ultimate nature of reality, Rigpa, the self-arisen primordial awareness that is present within us, afflictive emotions are self-liberated without the need to discard them. The ultimate method for being introduced to the nature of mind are the blessings coming from the practice of the Guru Yoga on the Precious Guru.

All different types of Gurus – like root Gurus and lineage Gurus – are embodied in Guru Rinpoche.

As regards the Precious Guru, Guru Rinpoche, also known as Guru Padmasambhava, he was miraculously born on a lotus flower in Lake Dhanakosha out of the seed-syllable HRIH that was marked on a golden vajra and emanated from the heart of Buddha Amitabha. Enthroned as the son of King Indrabodhi, he ruled the kingdom in accordance with the law of Dharma for several years.
Later on in his life, he left the kingdom and travelled far and wide, receiving many teachings of sutra and tantra from the master Prabahati, the monk Ananda, previously Buddha’s personal attendant, the learned Shri Singha and many others. 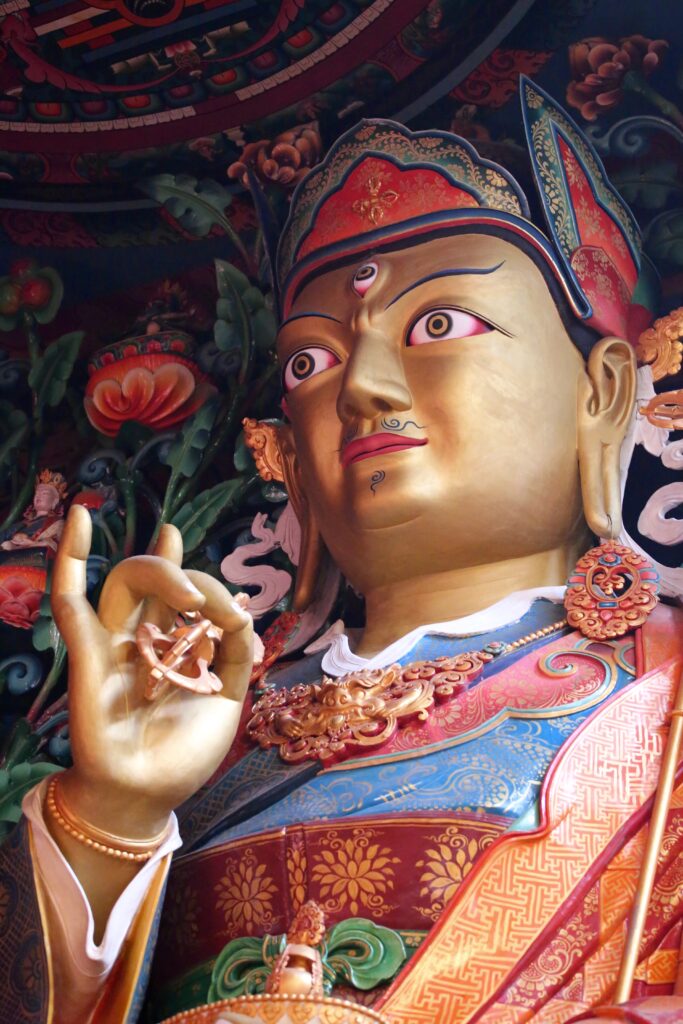 Practicing in places like the Shitavana charnel ground, he met with Yidam deities and displayed signs of having mastered the ordinary and supreme accomplishments. He did long-life practice at the cave of Maratika, met face-to-face with Buddha Amitayus and was blessed by empowerment to be free of birth, death, aging and decline for as long as space exists.

Guru Rinpoche was responsible for bringing the Holy Dharma to Tibet on the 8th Century. On this exploit, he encountered numerous malevolent spirits who showed fierce opposition to the establishment of the Dharma on their land. After binding them to oath, he transformed them into guardians and protectors of the teaching. As a result, the Temple of Samye could be erected in Tibet, the sutras and tantras were translated and many monastic institutions flourished under the King of Dharma, Trisong Detsen, and the monk Santarashita.

Subsequently, Guru Rinpoche turned the wheel of Dharma of the three inner classes of tantra on holy sites such as Samye Chimpu. He empowered his twenty-five disciples, gave them ripening instructions and entrusted them with Terma teachings (sacred secret teachings that are hidden in the mind stream of very advanced spiritual practitioners) to be revealed in the future when the time is ripe.

It is extremely important, particularly during the epoch of degeneration, to pray to and do the practice of Guru Rinpoche. In the Taksham Mind Accomplishment of the Guru it says,

In the future when times are harsh and beings suffer,
If they just hear my name or simply think of me
I will protect the beings of those evil times and dispel their sufferings.
Padmasambhava’s compassion is greater than that of other buddhas.

The tenth day of each Tibetan lunar month is said to be sacred to Guru Rinpoche. Hence either in the morning or in the evening, one should make immaculate offerings of flowers, incense, butter lamps, perfumes and so on before representations of the Three Jewels headed by a statue or painting of Guru Rinpoche. Depending on one own’s financial situation, gather a greater or lesser amount of food offerings comprising the three sweet foods and so on, and with an attitude of renunciation recognizing the impermanent and frustrating nature of samsara, your mind imbued with the benevolent attitude of benefitting others and the precious approach of bodhichitta, seat yourself comfortably and do the extensive or condensed Mind Accomplishment of The Guru or even just the daily practice.

Ripa students meet each month on the 10th day of the Tibetan lunar calendar at the small temple (Gompa) of the Ripa International Center to do the puja and tsok together. Having received the Guru Rinpoche initiation is necessary to participate in this ritual. 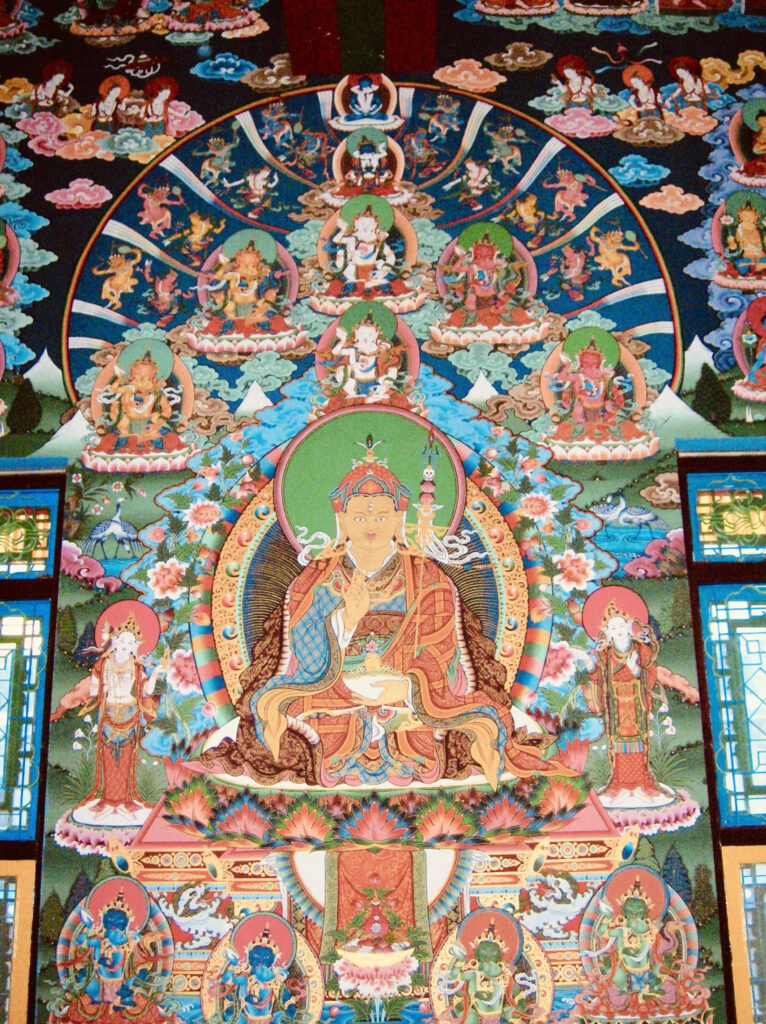